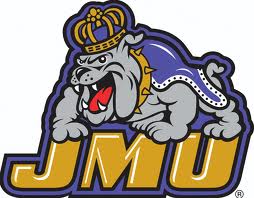 James Madison swimming & diving head coach Dane Pedersen has announced the addition of Rebecca Yost as an assistant coach ahead of the 2022-23 season.

“We are thrilled to welcome Rebecca to JMU and our swimming & diving family,” Pedersen said. “We had a bunch of great candidates, but Rebecca stood out among all of them. She has a wealth of experience in all the necessary areas and will be a true asset to our program, staff and the department. We are all excited for her addition to JMU swim & dive and cannot wait for her to arrive on campus soon and get started.”

Yost comes to Harrisonburg from the Division III ranks, where she served as the head coach for both the men’s and women’s teams at Chatham University for the last four seasons. During her time in Pittsburgh, Yost was able to have success while also spearheading the foundation on the men’s swimming & diving team in 2019.

“I’m incredibly grateful and excited to have the opportunity to work with and a part of the JMU women’s swimming & diving team and staff,” said Yost. “I can’t wait to get started! Go Dukes”

Her first season at the helm of the Cougars, she led the women’s team to a 5-1 overall record with six top-record performances in three individual and three relay events. She then helped the team bring home three conference titles at the 2018-19 PAC Championships while landing a swimmer on the All-PAC First Team and four more on the Second Team.

In the 2020-21 season, Yost helped first-year men’s swimmer Karl Gangloff be named the program’s first Male Newcomer of the Year on the way to him becoming the first individual PAC Champion in program history for the 1650 Free. Last season, Gangloff earned the program’s first ever Swimmer of the Year honor as he repeated as the 1650 Free champion and also earned the 500 Free title. On the women’s team, Yost helped a pair of Cougars earned All-PAC honors.

Previous to Chatham, Yost spent three seasons at Frostburg State University as an assistant coach for the men’s and women’s swimming teams. During her time in Frostburg, she helped both teams have their most successful seasons in program history as both teams earned the most points in program history at the CAC Championships. While on staff, both Christian March and Macey Nitchie won three league titles and three All-CAC First Team selections on the way to being named CAC Male and Female Swimmers of the Year.

Prior to beginning her collegiate coaching career, Yost graduated with a bachelor’s degree in business management and entrepreneurship with a minor in communications from Virginia Tech in May 2015. She also earned her master’s in business administration during her time at Frostburg State in May 2017. Yost has also spent time as an assistant coach with the Greenbriar Swim Club while in college and was the head coach at the Fox Mill Swim Club a few years later.