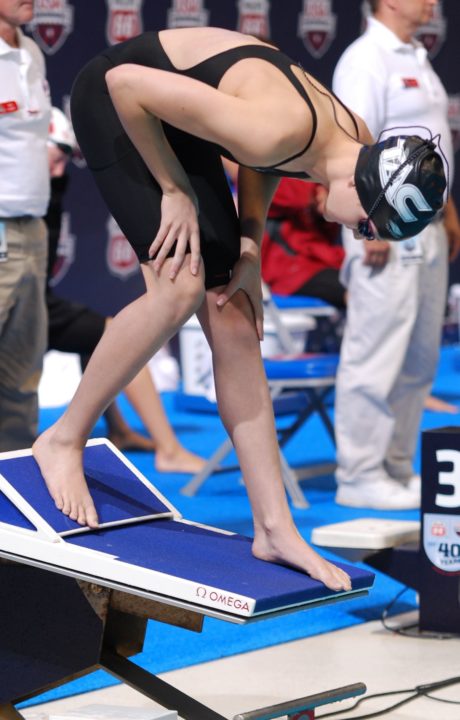 The TAC Titans have taken over the Triangle Aquatic Center, while Raleigh's two other major programs are finding new water. (Photo of Hannah Moore: Janna Schulze/SwimSwam.com) 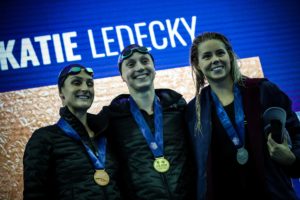 If you don’t like the career you’re in, you might want to work in the swimming community and be a part of our swimming family! Go here to see 2656 Swim Jobs. 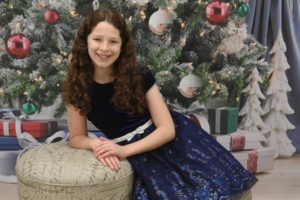 A New York high school and club swim coach suspended by the U.S. Center for SafeSport was arrested for allegedly providing alcohol to a minor.

RALEIGH, NC- Back in October of 2007 the brand $22.5 million Triangle Aquatic Center (TAC) opened its doors to swimmers all through the Raleigh-Durham area of North Carolina. When the pool opened it provided a large indoor long course facility that the area was lacking. It has a 8-lane 50 meter competition pool, a 10-lane recreational pool, and a small warm water instructional pool. The main teams that trained out of this facility were the Raleigh Swimming Association (RSA) and the New Wave Swim Team (WAVE). But in April of 2013, after a long planning period, the aquatic center created its own USA Swimming team, the TAC Titans. At this point, the lane space and availability to both RSA and WAVE had been greatly reduced and it was clear to both teams that they would need to find more viable facilities in order to keep their programs strong.

“RSA is being reduced and Wave is being reduced the number of lanes they are allotted, but they’re not being kicked out of the facility or anything like that,” says Derek Wall, President/CEO of Triangle Aquatic Center. Both teams were reduced to 6 short course lanes or 2 long course lanes over the course of the summer. This is down from being used to sharing the entire competition pool between the two teams. With no guarantee of what kind of lane space the teams would have in the Fall, they pursued other options.

TAC has rapidly increased their space and with a partnership between ix3 Sports, the team which Olympian Charlie Houchin trains for, grown the professional swimming in the area. The Director of Coaching for the Titans, John Payne, is also the owner of ix3 Sports. Now with the recent announcement of Chloe Sutton and Ashley Twichell coming in to swim for the program, and with SwimMAC Carolina’s Elite Team in Charlotte, North Carolina is making a push to become the premier LSC for high quality swimming. TAC has expanded their former lessons programs within the new TAC Titans progression. With highly sought after recruits being fished from this area before (such as Texas A&M’s Sarah Henry) and quality high school seniors on the rise (such as Hannah Moore), the team is already looking towards big goals. There were talks in the beginning of the formation of the Titans to merge all of the teams together into one large swimming superpower. But the politics of the situation and the direction of each teams separate Board of Directors caused the merger to fall through.

RSA endeavored in a $1.8 million renovation of a facility that they used to practice at prior to their arrival at TAC. The former name of the facility was the Candler Swim Club, but has been renamed the William H. Sonner Aquatic Facility. With partnerships with the Aquatic Management Group and Sporting Event Resource Group, the team is completely renovating the facility. It will be a tented facility with three indoor pools, a dryland gym, and a bathhouse. RSA is looking to expand their offerings to include lessons programs as well. The facility is being named after Bill Sonner, who was the former NCAA record holder in the 100 backstroke in 1950. He was also the Director of Physical Education and it was during that time that in 1960, him, Willis Casey, and Dick Fadgen formed RSA. The project is currently in the works and the pool is scheduled to be completed in November 2013.

WAVE has partnered with a local private swim club about a mile down the road from TAC. “WAVE has been through rough patches before and has come out on top; we see no reason why this situation is any different,” stated Head Coach John Roy. Partnering with Sporting Event Resource Group (SERG) as well, WAVE has reached an agreement with the Cary Swim Club to be the home of WAVE for the foreseeable future. SERG is providing tenting for both of these facilities. After updating the facility with a dual gas-powered heating system for the pool, the tent will cover the 8-lane 25 yard pool with attached diving well and shallow end. WAVE plans on seeking out partners to run lessons programs during the day time while the team will not be using it. With their partnership with Cary Swim Club, they have also provided an indoor facility that can be used by the members of the club all year round. The pool is currently being used for training by the team at this time.

No mention of the pending formal hearing that the TAC Titans have for severe recruiting violations or how members of their staff are currently suspended (with pay) for those (and many other numerous) recruiting violations?? These is a serious situation where they have blatantly broken NUMEROUS recruiting rules.

No mention of the HIGH QUALITY teams in Raleigh that have been built the “right way” like the YMCA of the Triangle Area (YOTA) or the Marlins of Raleigh?

Probably because those teams managed to stay out of this drama. Good on them!

MOR and YOTA are not involved in the drama because they do not practice at TAC. WAVE and RSA used TAC as a practice site until TAC established their team and “asked” WAVE and RSA to stop using the facilities.

To begin with, these ‘violations’ were not partaken in. TAC has done nothing different than the othe local teams including RSA, WAVE, MOR, and YOTA. Recruiting violations were formally filed by a coach of YOTA because he has good relationships with those on the governing board that will hear the case. Those on the board are almost a guaranteed vote against TAC because of this affiliation with that coach, and they are essentially lying to stick it to TAC. I’ve heard from sources that board members (including other local coaches) think this is great that a coach filed charges because they want to harm TAC, not caring about the actual allegations. This is unacceptable and should be illegal. To go… Read more »

This post wasn’t about any of the subjects that I’ve just mentioned, nor the ones that you mentioned.

Silly – commenter of the year!

Perhaps SwimSwam (as the leading media outlet for competitive swimming) should/could dive a whole lot deeper into the “Swimhub Shuffle” going on throughout Raleigh and let folks know the whole story.

Silly – if anyone wants to contact us on the record to discuss it and provide us documentation, we’d be happy to run a story. Thus far, all we’ve heard is rumors, whispers, and anonymous comments from people who “used to be a fan of swimswam”. Nobody seems to want to get involved in any issues of a hearing (which we have not verified to be true), so our hands are tied.

There are no rumors or whispers. Derek and co. messed over A LOT of people to create this program. The violations are endless, not anonymous comments… How about “jjoin TAC Titans” on the results board at meets they weren’t even attending. Emailing athletes of other local programs. Etc etc etc.

I hope and believe in what comes around goes around.

Justice (same commenter as Jim swims) – again, my email address is [email protected]. Please email me if you have specific accusations to share, and we can get your comments, the comments from the TAC Titans, and comments from North Carolina Swimming and produce a story.

Until then, all I have is one angry commenter who’s using multiple usernames, located in Raleigh, that very well could be a parent or a coach of another local team.

Reducing the number of lanes for both programs? So yes, the Titans kicked the teams out indirectly. I assume members from these programs had no choice but to join in?

Additionally, a USA Swimming formal hearing? Sounds like a fishy program to me.