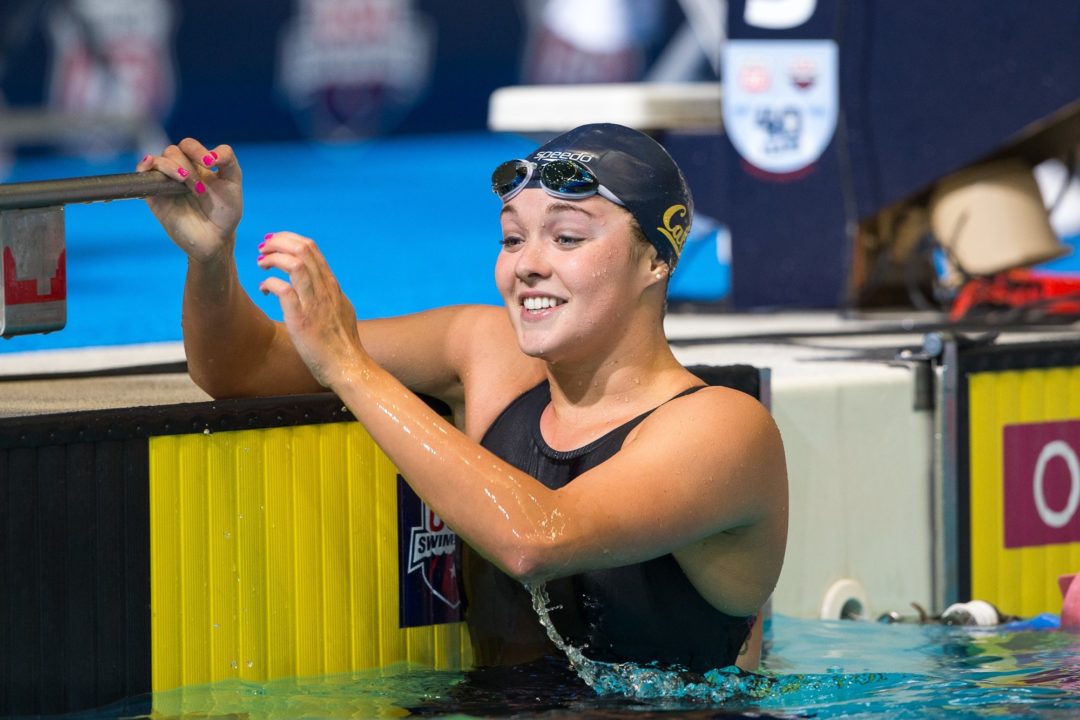 Rachel Bootsma is aiming for the American Record in the 50 Backstroke tonight, scratching her 100 Butterfly to focus. (Photo: Tim Binning/TheSwimPictures.com)

Even after a long Day 3 preliminary session of the 2013 US World Championship Trials and US National Championships, with multiple swim-offs throughout the morning, not too many swimmers have decided to scratch tonight’s final swims.

The biggest scratch (and perhaps the most understood scratch) came from Rachel Bootsma for tonight’s 100 butterfly. Bootsma took 8th in this event with a 59.84, but has decided to focus her energy on her 50 backstroke. After coming so close to a new American record at today’s prelims, it’s understandable as to why she’d want to scratch. Let’s face it, she was on fire, ahead of future Cal teammate Missy Franklin.

Auburn University’s Olivia Scott will be taking Bootsma’s spot tonight in the A-finals, with her time of 59.92.

BJ Johnson, the 7th place preliminary finisher, has decided to scratch the men’s 50 breaststroke for tonight as well. This opens the A-final spot for Minnetonka’s Nelson Westby, who went a 28.59 this morning. With 16th place finisher Cody Miller out, and with 17th place finisher Scott Weltz not taking his spot, Pirana Swim Team’s Nicholas Korth and Nation’s Capital’s Carsten Vissering will be bumping up to the B-Final.

Megan Romano and Andrew Teduits sratched the Women’s and Men’s 50 backstroke for tonight, after finishing 9th and 10th, respectively. Both will be competing in the 100 backstroke tomorrow. Elizabeth Boyce will be taking Romano’s spot in the B-finals, while Chase Bloch will take Teduits’s.

Very logical scratch from Rachel. She had nothing to win in the 100 fly. Can win the 50 back but Missy disagrees. The key of the race is in the first 15 meters. Rachel has to be well ahead if she wants to win. And what happened to Olivia Smoliga? She’s in the B-Final. Very weird.

Rachel’s first 15 is deadly! And she can keep up that high tempo too!

Good for Boyce to make it into the B final. The Ivy League had a good morning.