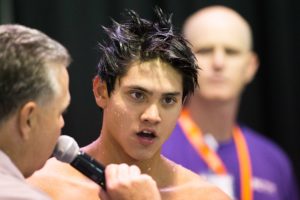 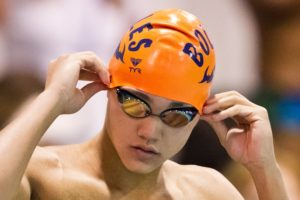 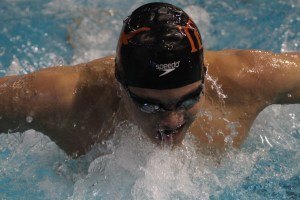 Two days into the 2015 Southeast Asia Games, the unquestioned stars have been Vietnam’s Vien Nguyen and Singapore’s Joseph Schooling.

The two have combined for 6 total wins thus far, highlighted by impressive doubles and high-ranking times.

Sport Singapore has published videos of all 6 races on their YouTube page, and you can check them out below, intercut with our own meet recap reports from Braden Keith.

You can find more race videos (and video footage of other Southeast Asia Games sports) on the Sport Singapore YouTube page, which you can find here.

From our day 1 recap:

The first four finals of the day all saw new SEA Games Records, and despite no swims yet from the meet’s biggest star (Joseph Schooling of Singapore), the country of Vietnam, as a whole, will come out of the day like roses.

That’s because they already took three gold medals to lead the tallies, including a brutal double from their biggest star Thi Anh Nguyen, who won both the women’s 800 free and the women’s 400 IM, with races that started precisely 48 minutes apart.

The 18-year old Nguyen trains in the United States at the Saint Augustine Swim Club for a combination of Frank Holleman and her Vietnamese coach Dang Anh Tua. In three swims so far at this meet, she has three Meet Records.

From our day 2 recap:

Schooling sat out the SEA Games’ first day of competition, but began his meet in the men’s 100 free on Sunday. He touched there in 48.58, which is not only his first time under 50 seconds, but crushed the National Record by well over a second. The old mark of 49.89 was done by Zheng Wen Quah at the Singapore Age Group Championships in March.

Schooling’s second gold medal of the day was not a solo effort, as he led-off Singapore’s 800 free relay in 1:47.79 en route to a 7:18.14 victory. That broke the SEA Games Record by eight seconds, and won by 12 seconds ahead of Malaysia.

Schooling’s leadoff leg broke the Singapore National Record and SEA Games Record (a SEA Games record that was only a day old), and the overall relay tally did the same.

From our day 2 recap:

On the women’s side, Thi Anh Nguyen dominated another day of competition with two more gold medals. She added wins in the 200 backstroke and 200 IM on Sunday to go with victories in the 800 free and 400 IM on Saturday, and now has broken Games Records in four events over just two days of competition.

While she’s been pushing forward through a tough schedule, it’s clear that Nguyen is not going all-in for personal bests at this meet (perhaps saving those for the World Championships in two months). She’s so far ahead of her competition, however, that it hasn’t seemed to matter yet.

Those revolving entry doors for the finalists are cool! USA Swimming should get something like that for Trials this year.

Excellent point you make! I was thinking the exact same thing. USA Swimming and FINA could take some pointers on how to promote and build some excitement for a race. It amazes me how poorly a job meets are promoted in the US whether it be US nationals or grand prix especially when you compare it to these race videos.