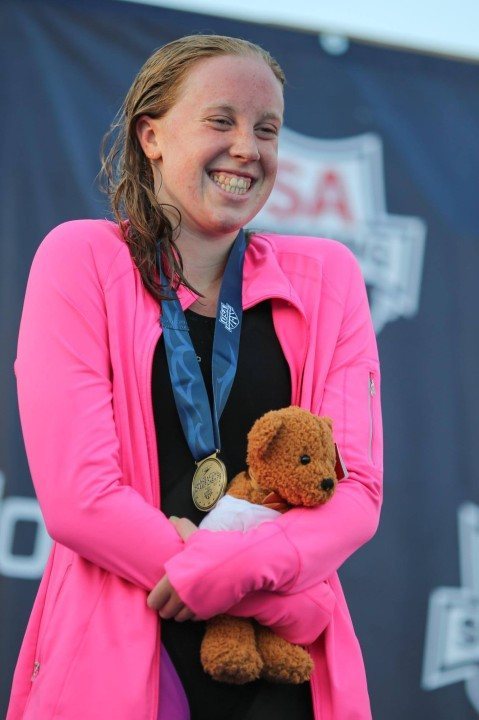 The top 7 finishers of the women’s 400 free A-final at the 2014 U.S. Junior National Championships are all based out of the Eastern time zone, from Maryland down to Florida and out to Indiana. That was led by new NBAC swimmer Sierra Schmidt, who won the A-Final in 4:10.92.

That is a smile and a great leading photo-she clearly has worked hard for her success
and even though now she is “Unattached”, the success must feel good after what has to have been a very difficult year that led up to switching clubs.

Nice picture . Her success is evident in the results. She is a talented kid and I am sure has worked hard. Her change of clubs which I understand was recent and not sure why as Germantown has an excellent distance program with Dick Shoulberg who has produced countless champions. Appears the combination of the two programs paid off for a successful meet.