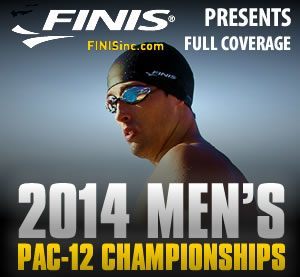 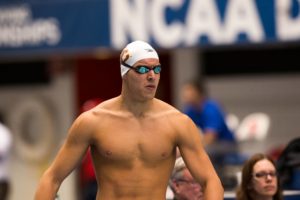 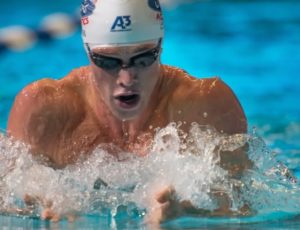 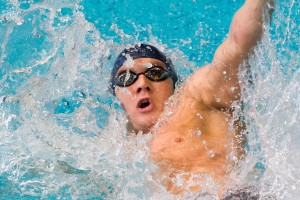 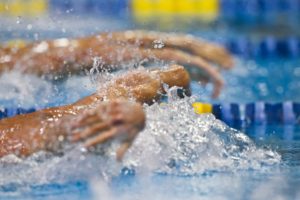 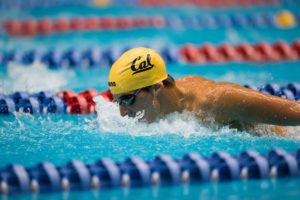 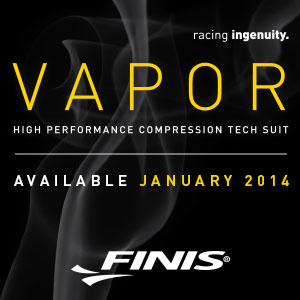 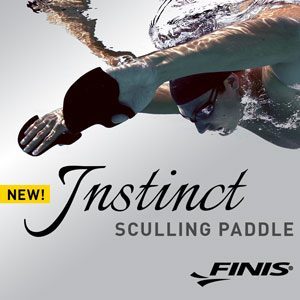 The USC Trojans dominated the men’s 800 free relay and broke the second Meet Record in as many events with a 6:12.54. That’s the second-fastest time in the country this season, behind only the NCAA Record from Michigan.

The relay is even more impressive in that it included two freshman among its four, to go with two seniors. Dylan Carter led off in 1:33.61, followed by Dimitri Colupaev (1:34.16 – senior), Reed Malone (1:32.85 – freshman) and Cristian Quintero (1:31.92 – senior). With Colupaev capable of much faster than that, if everyone else can hold their spots, then this relay could compete with Michigan in a few weeks.

This relay was actually close between USC and Cal through the first three legs, but ultimately the Trojans had their biggest leg on the anchor in Quintero, which Cal’s Will Hamilton (1:34.88) couldn’t match. The Golden Bears took 2nd in 6:16.41, which puts them 5th in the country this year. The Golden Bears’ best split was 1:33.53 from Seth Stubblefield.

At first, the Utes’ strategy to leave Soedel off of the 200 medley relay was a bit murky. He tweaked his shoulder in warmups against USC, so we were wondering if that was a factor. As it turns out, they were using him in the 800 free relay as one of his four relay entries, which in hindsight was a great decision. They not only took 4th, but they hit an NCAA Automatic Qualifying Time and hopped past Arizona. Arizona took 5th in 6:23.93.

you guys should hire Bobo for finding this

Thanks to saanichton1 for posting the race videos on youtube.