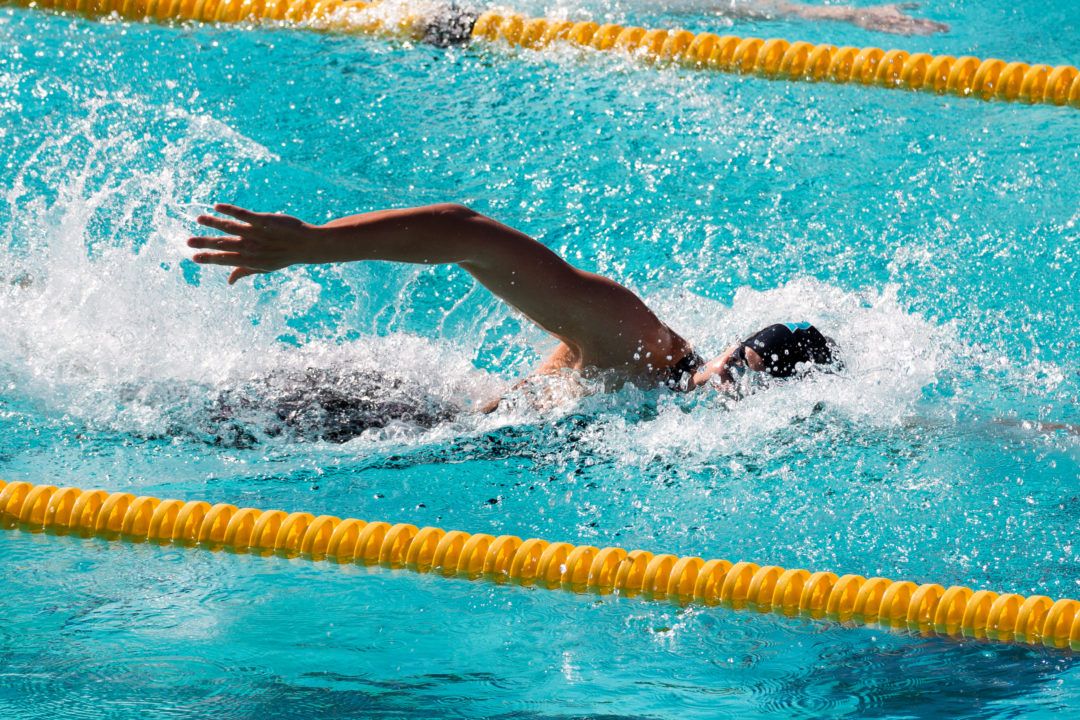 The Australian State Team Championships wrapped up this week at the Australian Institute of Sports (AIS) in Canberra, with powerhouse Queensland wreaking havoc on both the women's and men's competition. Stock photo via Erik Albertson / Culver City Swim Club

The Australian State Team Championships wrapped up this week at the Australian Institute of Sports (AIS) in Canberra, with powerhouse Queensland wreaking havoc on both the women’s and men’s competition. This 3-day competition was first held in 2009 and, following the enormous positive response, has been included in Australia’s national swimming calendar since.

The 3-day meet pits Aussie state against state, with the selected teams armed with talent ranging from ages 13 to 17. Many Australian swimmers made their mark at this meet before heading on to notable senior careers, including world junior record holder Minna Atherton, the fastest 100m freestyler ever in a textile suit, Cameron McEvoy, as well as 2016 Olympic champion Kyle Chalmers.

Swimming Queensland also saw 4 of its swimmers claim ‘swimmer of the meet’ wards in the following individual categories:

14-year-old Macleod did damage in the female 13-14 400m freestyle event, taking the age group win in a swift mark of 4:13.21. She also scored an individual win in the 200m freestyle race, clocking 1:59.98, representing the first time the teen has been under the 2-minute barrier in the event.

Raymond of Nudgee took the top prize in the male 14/15 1500m freestyle, registering a time of 15:21.58 for gold. His outing in Canberra knocked almost 6 seconds off his previous personal best of 15:27.31 notched just this past August.

Raymond also snagged silver behind Samuel Short in the men’s 400m freestyle. The race came down to a touch, with 15-year-old Short of Queensland hitting the wall in 3:54.35 with his state teammate Raymond finishing just .20 later in 3:45.55. Victoria’s Noah Millard took bronze in the race in 3:55.11.

Millard had already made his presence known in Canberra, however, as the 15-year-old with size 17 feet knocked down one of Chalmer’s old records en route to gold. Competing in the men’s 200m freestyle for 14/15 year-olds, Millard roared to the wall in a monster 1:49.91, destroying his own previous personal best of 1:52.66 from just weeks ago and surpassing Chalmers’ state champs record in the process.

For Harris, her 50m free time checked in as a new meet record and also represented the only swimmer to dip under the 25 second threshold in the race.

All Saints’ Thomas Hauck performed successfully over the meet as well, nailing several first place finishes. The Queenslander took the top prize in the 50m free for boys 14-15 in a time of 23.21, overtaking his winning time of 23.38 from last year. He also won the 200m IM by over one and a half seconds, clocking 2:04.31 for gold.

Some fast times there from the young ones. A few will be swimming at Australian short course in a few weeks – can’t wait to see how they go.