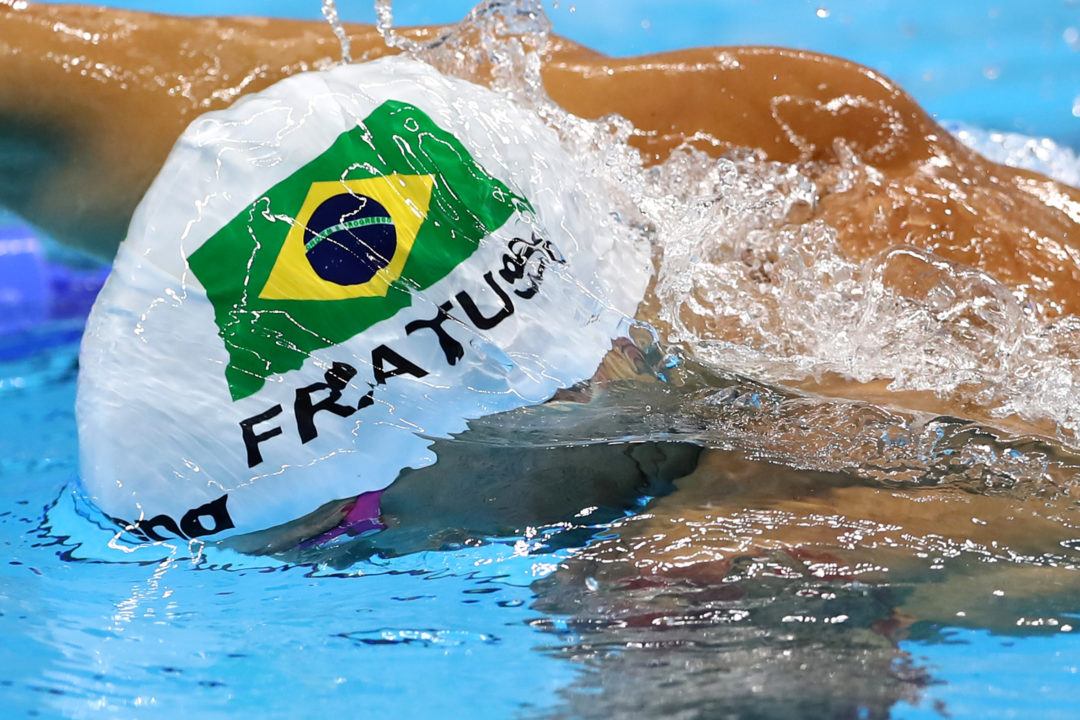 Bruno Fratus and Cesar Cielo are among those scheduled to compete at the 2018 Maria Lenk Trophy in Brazil. Archive photo via Satiro Sodre/SS Press

There are also a number of notable absences, per Brazilian swimming news site Best Swimming. World Champion Etiene Medeiros, who underwent shoulder surgery in late January, will not compete. The 50 back specialist is said to be back training, but will target the 2018 FINA Short Course World Championships in December for her return to competition. Olympian Thiago Simon is also not entered after voluntarily withdrawing himself from competition pending the results of a FINA inquiry into a positive drug test from before the 2017 FINA World Championships. Olympian Joanna Maranhão, who recently left the Unisanta team following its hire of former CBDA official Ricardo de Moura, is still between-teams and will not attend.

Additionally, a number of NCAA athletes will not make the trip (note that many of these swimmers have not competed in Brazil since beginning college in the US). Brazilian Division I swimmers passing up the meet include Ohio State’s Henrique Painhas, Michigan’s Luiz Gustavo Borges, and Texas A&M’s Felipe Rizzo. From Division II, Florida Tech’s Victor Rocha Furtado, Indianapolis University’s Guilherme Zavanelli and Rodrigo Berti, and  Lindenwood’s Matheus Isidor will not attend.