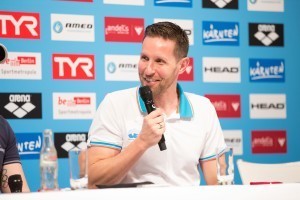 Henning Lambertz, 44, has been the German head coach for 2 years now. Before that, he was the chief coach of one of Germany’s best training groups in Essen 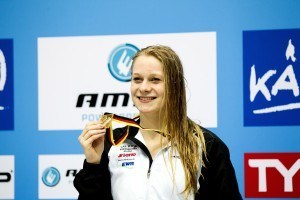 Markus’ new life is now all around his business. At the moment, he doesn’t swim – his train-down program is cycling.

“Swimming with the team here in Hamburg was a very cool time and I miss the comradeship – but my brother will stay in swimming so of course the connection to my long time sports will remain,” he said. Deibler doesn’t use his success in swimming for his new business, there aren’t medals or photos on the walls. He said that he is lucky to get from the busy life of a top swimmer directly into business life. But he also critized the missing financial support for top athletes in Germany – he said, he was lucky to have private sponsors. He stated that on the one side Germany has high expectations in top athletes but on the other side the economic support is on a low level. This gap has to be filled in the sport of swimming or the achievements will stay on the same level it’s been at (Germany won no medals in swimming in London). “If you want medals, you must support the athletes on a corresponding level,” he said. Deibler obviously enjoys his new life but also will stay connected with swimming.