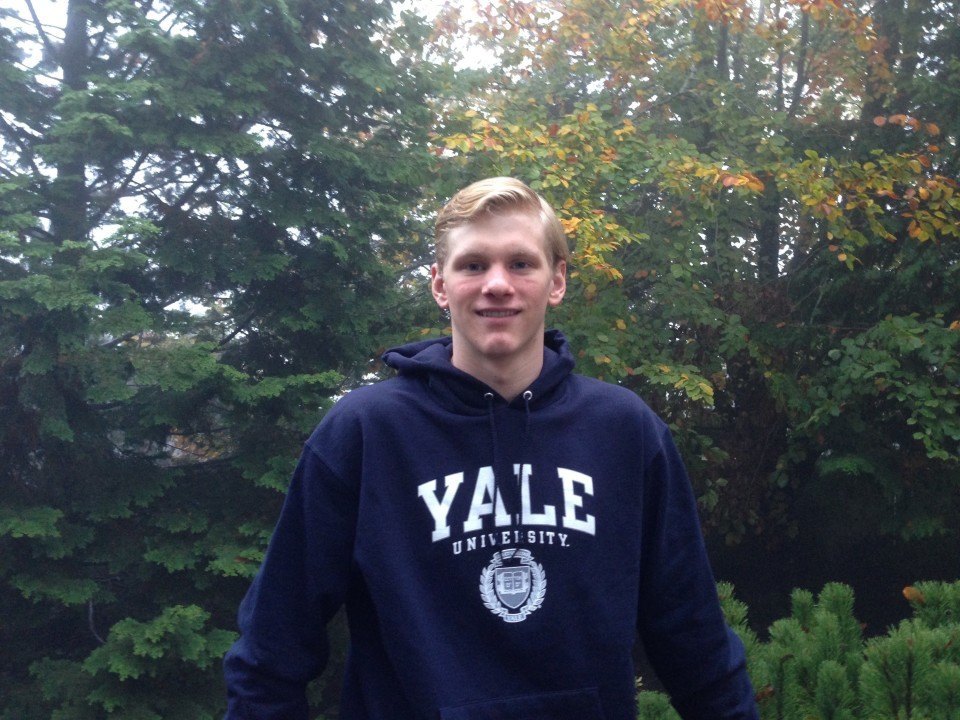 Tristan Furnary, who swims for Multnomah Athletic Club and the Catlin Gabel School in Portland, Oregon, has verbally committed to swim for Yale University. Current photo via Tristan Furnary

Tristan Furnary, a senior at Catlin Gabel School in Portland, Oregon, has verbally committed to swim for Yale University*.

“When choosing a college, I knew that I wanted challenging academics and a competitive swim program. All the schools I was looking at fulfilled both of these criteria; however, what set Yale apart was the inclusive community both within the team and on the greater college campus. The guys on the team welcomed me and made me feel like a part of the team.

“Another major factor in choosing Yale was that my past teammate, Andrew Heymann (SwimSwam published his speech a couple months back) was Yale’s team captain in the 2014-15 season. I have always admired Andrew in and out of the pool when training together during summers in Portland, Oregon on the Multnomah Athletic Club swim team. Andrew has been a role model for me, and knowing that he developed into the person he is today at Yale gave me the firm conviction that the Yale Swim Team shapes their men into excellent people who act with integrity.

“I am extremely excited to train and compete for the Bulldogs for the next four years.”

Furnary would have scored in the B final of the 400 IM and the C finals of the 200 IM, 100 back, and 200 back at the 2015 Ivy League Men’s Championships. His future Yale classmates will include the already-committed Chris Miller, Matt Slabe, and Ryan Huizing.

*DISCLAIMER: Furnary has not yet been officially accepted to Yale. As is true with all Ivy League schools, Yale’s Admission Office will not send its acceptance letter until the beginning of December, along with those of all Early Action candidates. The procedure for a recruited athlete like Furnary is for Admissions to review his transcript and SAT scores, “support his application for admissions in the fall,” issue a Likely Letter, then offer him acceptance into the class of 2020.

So proud of you T!