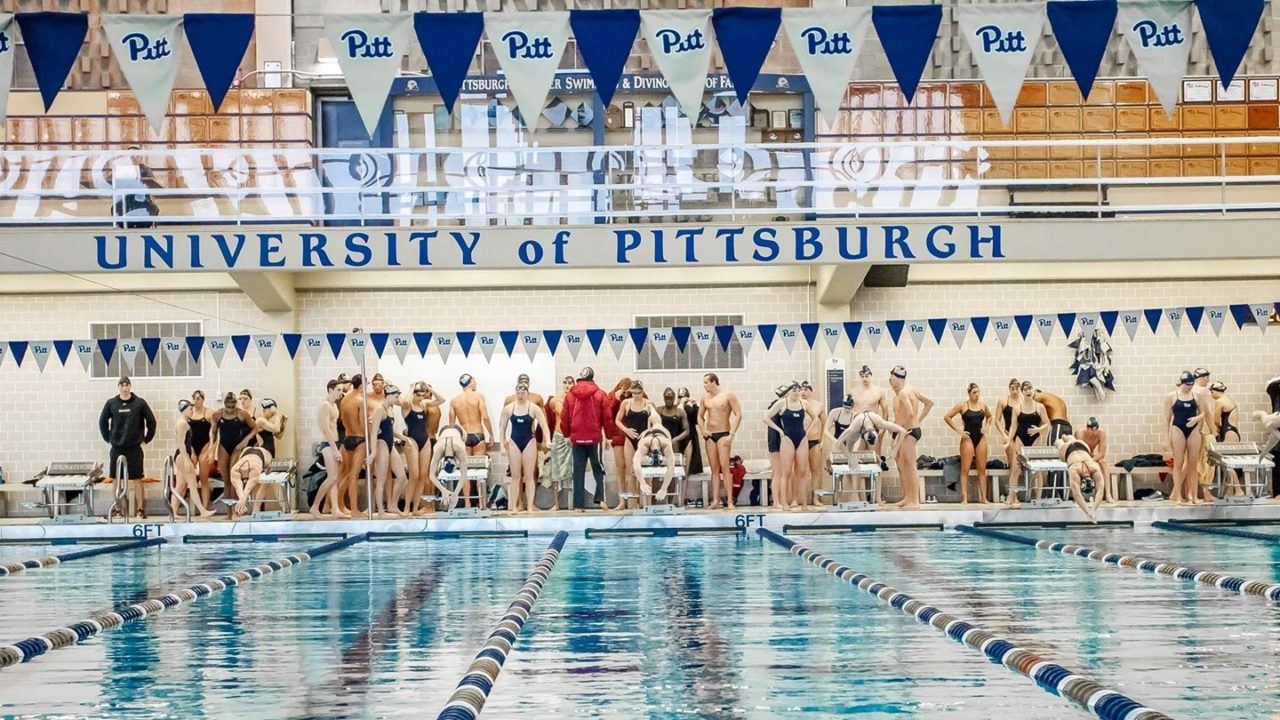 The Pitt coaching staff has inked another dozen dynamic athletes, adding to the talented Class of 2018 future Panthers who also signed with the Pitt swimming & diving program in the fall.

“You want to add quality athletes with each recruiting class, but to be able to do it with the numbers that we did this year is very exciting,” said Pitt head coach John Hargis. “We believe that each of these kids has the potential to leave Pitt as an accomplished student and a phenomenal athlete. As a coaching staff, we’re looking forward to training with this group in the future.”

Here is a listing of the future Panthers that have recently committed to joining Coach Hargis’ team ahead of his third season at the helm of the program:

Cardenes commits to Pitt after spending the 2017-18 season at Arizona as a freshman sprinter. The Brazil native posted top times last season in the 50-yard freestyle (19.93), 100-yard freestyle (43.91) and 100-yard butterfly (48.20) that would’ve ranked as Pitt’s top men’s swimmer in each event, with his 50 free and 100 fly times also besting the NCAA B cut standard. A member of the Brazilian Swimming Federation, Cardenes will be a sophomore next season with the Panthers.

“I’m really excited about this new change and confident about achieving all of my goals for next season,” Cardenes said. “I can’t wait to help my new Pitt teammates on our way to success.”

“Gabriel will have a huge impact for our men’s program,” Hargis said of Cardenes. “Adding him to our relay components will truly transform our team. He’s already a high-level swimmer who can give us a shot in the arm and help us in the ACC for sure.”

Forbes, who originally hails from western Pennsylvania, returns home after a fantastic freshman season with the Indiana Hoosiers. At the 2018 Big Ten Championships, Forbes placed 15th in the 200-yard backstroke in 1:57.47 and 26th in the 200-yard individual medley in 2:00.23—both NCAA B cuts—and also competed in the 200-yard freestyle and 100-yard backstroke. Forbes was a standout YMCA swimmer during her prep career and swam at the 2016 United States Olympic Trials.

“I am so excited to join the team at Pitt and continue my academic and athletic careers there,” Forbes said. “I can’t wait to be a Panther!”

“Camryn is a local girl who was a top Pennsylvania recruit out of high school, and we’re excited to get her back home,” Hargis said of Forbes. “What she adds to our women’s team is pretty special, and the girls are excited to have her around. She’s a tremendous student, a quality athlete and she brings a lot to the table for our program.”

Ahart joins the Panthers after placing fourth at the 2018 PIAA Championships on 1-meter springboard. The Pennsylvania product has competed at the USA Diving Junior Regional Championships each of the past two years and is a capable of executing high-level dives on both the 1-meter and 3-meter boards.

“After considering the unique academic opportunities offered and meeting the passionate and ambitious athletes and coaching staff, I knew Pitt was where I wanted to be,” Ahart said.

Bowery is a three-time Virginia 4A Championships qualifier in various freestyle events, highlighted by his fifth-place finish in the 100-yard freestyle in 2017. The versatile Salem High School swimmer is capable of swimming freestyle events all the way up to the mile, which he recently swam at the 2018 Virginia Senior Championships.

“I chose Pitt for the countless opportunities in and out of the pool,” Bowery said. “Between the stellar academics and strong swimming program, Pitt is the place I see myself growing. Hail to Pitt!”

Darhower, an in-state product, comes to Pitt after twice qualifying for the PIAA Championships in the 200-yard freestyle and once in the 500-yard free. A well-rounded middle distance swimmer, Darhower competed in seven different events at the 2018 Middle Atlantic Senior Championships and excelled as a standout at Oxford High School.

“I chose Pitt for the combined excellence of both the University and the swimming & diving team,” Darhower said. “The coaches and teammates were welcoming from the start, making it an easy decision. The atmosphere will not only help me improve as a student-athlete, but also as a person.”

Goit commits to Pitt after placing in the top-10 of the Michigan Division 1 Championships in the 50-yard, 100-yard and 200-yard freestyle events during both her junior and senior seasons. A consistent performer at Mercy Catholic in suburban Detroit, Goit was also active with Club Wolverine and regularly competed in national club meets throughout the past couple years.

“I chose Pitt because of the outstanding coaches, countless opportunities available to student-athletes and the amazing campus,” Goit said. “I am so honored and excited to be part of this team.”

Hatter signs with Pitt as a standout breaststroker from the Lone Star State. She placed third in the 100-yard breast at the 2018 University Interscholastic League 6A Championships against the top swimmers in the Houston area. Hatter also took 10th in the 100-yard freestyle at the same meet and competes for Swim Houston Aquatic Club at premier regional club competitions.

“I chose the University of Pittsburgh because of the amazing opportunities athletically and academically,” Hatter said. “I’m extremely excited to swim with such great coaches and become part of the Panther family. Hail to Pitt!”

Hilmi joins the Panthers after earning three top-six placements at the 2018 Virginia Class 5 Championships in the 50-yard freestyle, 100-yard backstroke and 100-yard butterfly. Hilmi was a four-time qualifier for the states championships in Virginia and also competed for Snow Swimming in club.

“I chose Pitt because of the atmosphere of the team and how there are many skilled coaches that can take my swimming to the next level,” Hilmi said.

One of Pennsylvania’s top men’s swimming prospects in the Class of 2018, Negron joins the Panthers after a fantastic prep sprinting career. At the 2018 PIAA AAA Championships, his fourth consecutive appearance at the state meet, Negron finished third in the 50-yard freestyle and eighth in the 100-yard free. With Bethlehem YMCA, he was also a standout performer and a three-time Pennsylvania state YMCA with two titles in the 100-yard butterfly and another in the 50 free.

“After a long recruiting process, I would like to thank my friends, family, coaches and teammates for all the love and support they have showed me, and I will be attending the University of Pittsburgh in the fall,” Negron said. “Hail to Pitt!”

“I chose Pitt because I felt welcomed by the team, coaches and staff,” Retana said. “The people I interacted with were very kind to me and made me realize that Pitt was the right choice for me. I felt as if the team was a big family who helps and supports each other, and that was a very important factor when making decision. I also loved the city and was captured by its beauty. Additionally, I was amazed with the facilities of the University and everything it had to offer.”

A versatile talent from Florida, Schimansky joins the Panthers with a lengthy record of success during her prep career. She earned three top-20 finishes at the Florida 4A Region 3 Championships, highlighted by her fifth-place swim in the 100-yard backstroke. Schimansky took second in the 200-yard freestyle and 100 back at the District 9 meet and has competed at numerous notable regional meets as a member of the Coral Springs Swim Club.

“I chose the University of Pittsburgh because it provides me with the best balance between swimming and academics,” Schimansky said. “I fell in love with Pitt the second I stepped onto campus, and I just knew this was the place for me.”

Tamkovitch crosses the state to compete for the Panthers as a swimmer capable of competing in various events. He recently swam the 50-, 100- and 200-yard freestyle, the 100-yard backstroke and 100-yard butterfly at the Middle Atlantic Senior Championships, and Tamkovitch has a wide-ranging record of quality swimming with the Penn Charter Aquatic Club and Tri-Hampton Family Branch YMCA.