Physics for Swimmers, Coaches and Parents 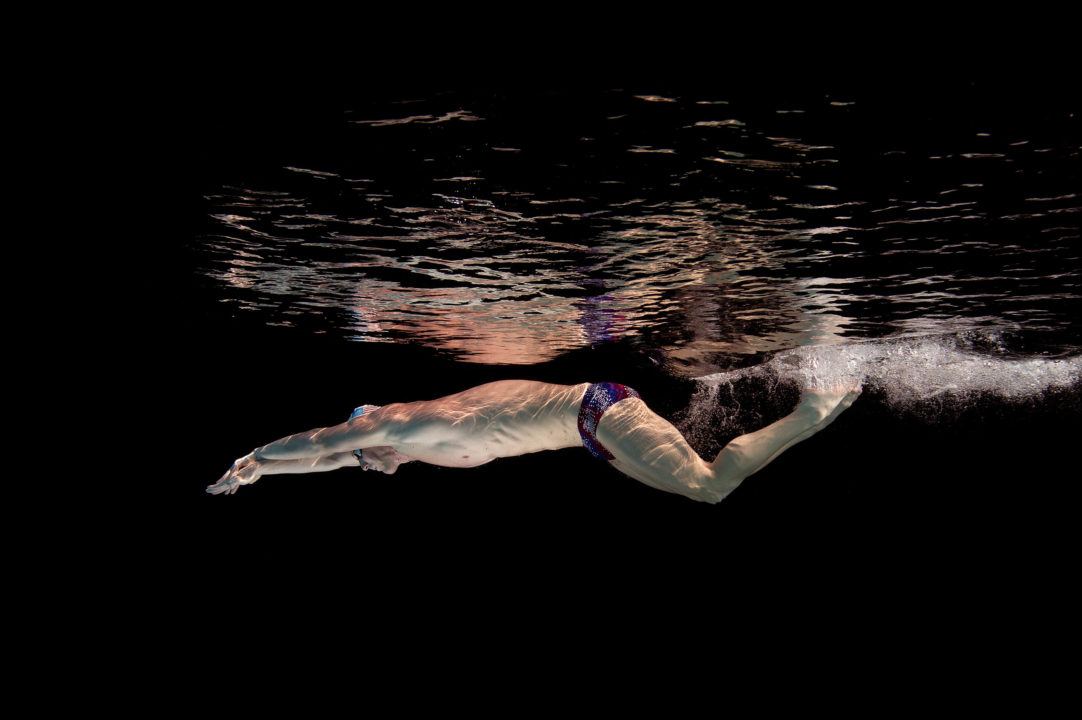 Sir Isaac Newton, a brilliant mathematician from the UK, defined the three laws of motion back in the 17th century, yet they are as important to a swimmer today as they were then. Current photo via Mike Lewis/Ola Vista Photography

Become SURGE Strength Dryland Certified and learn how to harness the potential improvement that’s possible through a sound dryland program.

While there are many laws in physics that have some influence on the speed of a swimmer, the most significant are those pertaining to Newtonian and Fluid Mechanics. Sir Isaac Newton, a brilliant mathematician from the UK, defined the three laws of motion back in the 17th century, yet they are as important to a swimmer today as they were then.

Physics tends to get complicated and confusing very fast, so I will try to keep this as simple as I can. Newton’s laws applied to swimmers tells us is that when a swimmer is at rest (not moving) or if the swimmer is moving at a constant speed, then the forces applied to him are balanced. If the swimmer is speeding up or slowing down, they are not. The objective is get the swimmer moving down the pool (and back) as fast as possible. What are the forces that act on a swimmer?

Since our weight in water ranges from zero (with lungs inflated with air) to about 8 pounds (full exhale), gravitational forces are not very significant, though they do come into play some. The most important forces for a swimmer are those that move us forward in our line of motion (propulsion) and those that slow us down (frontal drag). Because we are moving between air and water while swimming, and because there is a huge difference in density between air and water (784 times), lift forces that elevate our body position are also important. Like a boat, and assuming that we don’t tilt our bodies, the more of us that is in air rather than water, the less frontal drag we will encounter.

This last statement is complicated by the fact that when our bodies are in a relatively streamlined position, we can go slightly faster underwater than we can on the surface, similar to a submarine. By being underwater, we eliminate one of the three types of frontal drag, called surface or wave drag, that accounts for about 20-25% of the total drag forces at race speed. To do so also requires that we have a strong kick propulsion. While swimming, there are certain times in the stroke cycle, when we are relatively streamlined. At those moments, we are better off being under water than on the surface. Swimming breaststroke is the most notable example of this. There are other times, when our body is not as streamlined, when we are better off as elevated at the surface as possible, with more of our body in air than in water.

Lift forces simply help reduce frontal drag by elevating us higher in the water.  Since the forces we create are not just down or backward, motions of our kicking and pulling that create propulsion can also create lift at the same time.

In a series of articles, we will discuss what we have learned from Newton’s laws of motions; how to reduce frontal drag, how to increase propulsion, and how to use the law of inertia to our advantage. Finally, we will discuss how the law of conservation of energy can help us with our open and flip turns.

This week, in lanes 2, 3 and 4 you can see how important frontal drag is in swimming with our video that scientifically compares two of the most popular streamline positions from Olympic champion Jimmy Feigen.