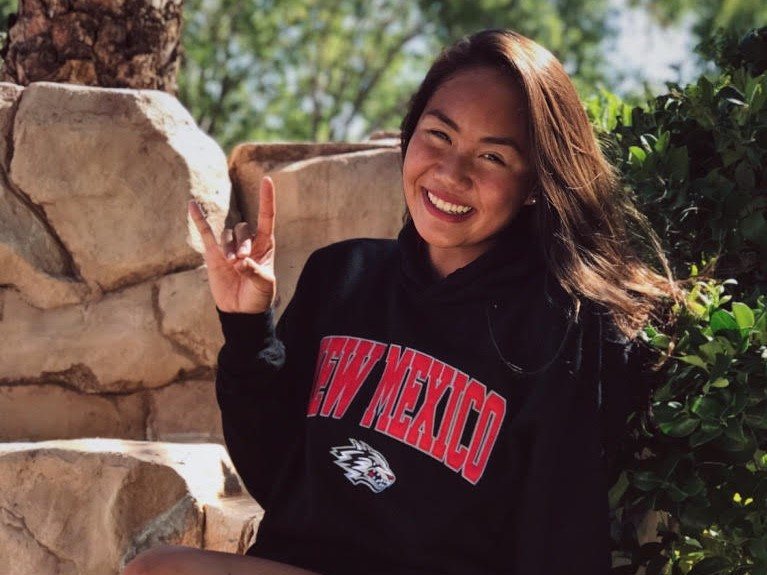 Henderson, Nevada’s BlueFin Aquatics has announced that Raine Gavino committed to The University of New Mexico for 2018-19. Current photo via Myra-Joy Miao

Henderson, Nevada’s BlueFin Aquatics has announced that Raine Gavino committed to The University of New Mexico for 2018-19.

“I chose to become a Lobo because of their prestigious business program and the positive environment of the swim team, which I believe will allow me to grow both as a swimmer and as a person.”

Gavino competed in the FINA Junior World Championships in Indianapolis this summer. Currently finishing up her senior year at Green Valley High School, she trains with BlueFin Aquatics at Henderson International School.

Head coach Bob Hommel said, “Raine has proven to be a positive asset to the team, a good role model for the younger swimmers, and a natural leader. We wish her continued success and enjoy having her be a part of our team.”

Congratulations Raine, best to you. Nice to hear of additional famous as well as up & coming Maharlikan swimmers (Natalie Coughlin & Maxime Rooney, for example).

And why a down vote for an up & coming country?

Very nice addition to the Lady Lobos! Dorsey is doing a great job!