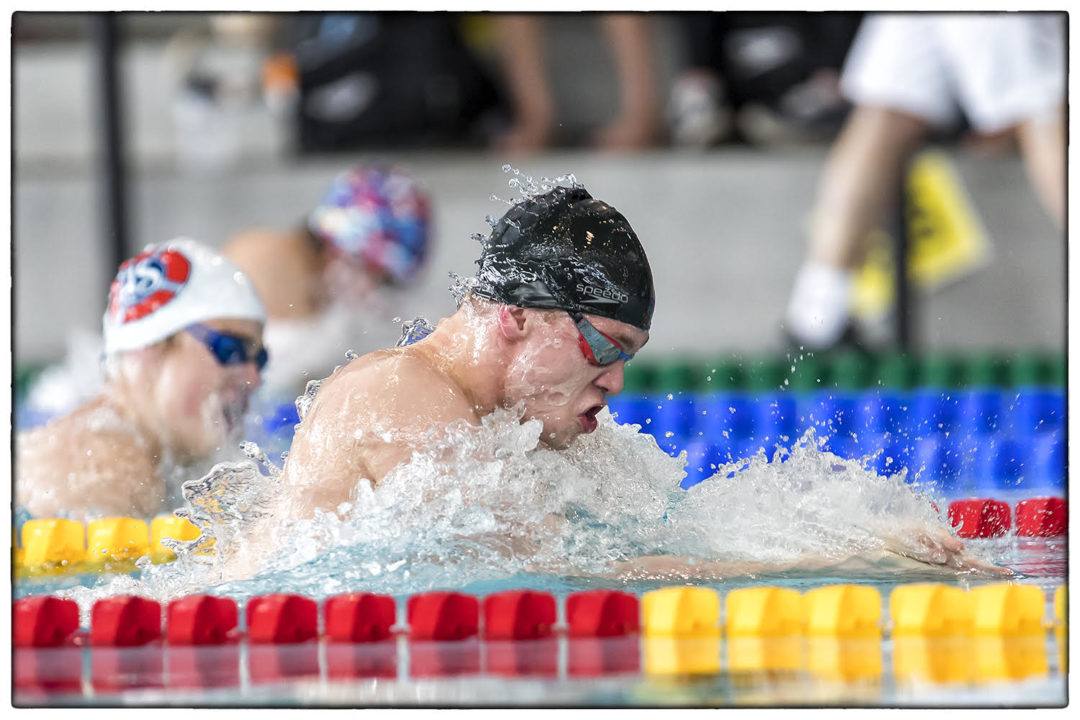 Philip Greve﻿ took down his own Danish record in the 50 breast with his win tonight. Archive photo via Jesper Nielsen - STTFOTO.dk

Philip Greve took down his own Danish record in the 50 breast with his win tonight. Greve was 27.89, .04 ahead of his 27.93 national record. The Danish junior record holder in the event, Tobias Bjerg, touched 2nd (28.03). His 27.97 still stands as the junior record, though it seems Greve and Bjerg, both born in 1998, will have several years ahead of them as they fight for position as Denmark’s top sprint breaststroker.

Two young Danes, who just got back to Denmark after racing at the 2017 Euro Jr Champs, posted a win each tonight. Katrine Bukh Villesen, who won gold in the 100 and 200 fly in Netanya last week, earned the 400 IM win tonight at 4:48.66, just tenths off of her Danish junior record. Meanwhile, Julie Kepp Jensen, the 50 free silver medalist in Netanya, went 28.96 to win the women’s 50 back.