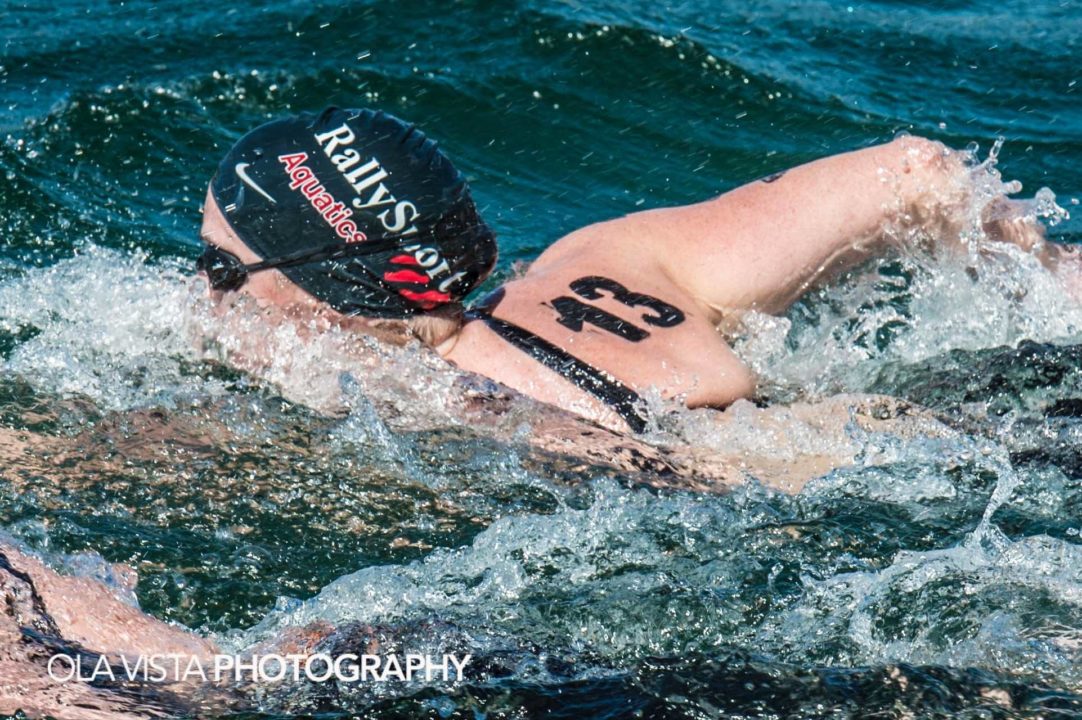 Elena di Liddo will not compete in the ISL this season, dropping the Aqua Centurions roster to just 9 women for the 2020 season.

While Swimming Canada says that they support whatever decisions their athletes make about ISL participation in 2020, several challenges will face those who choose to travel to Budapest. (Above: former World Record holder Kylie Masse of the Toronto Titans)

Team USA will be represented at the final two stops of the FINA Open Water World Cup series by Chip Peterson and Christine Jennings.

Jennings currently sits third in the overall points, scoring in 4 of the 6 previous tour stops. She’s also very likely to pass second-place Poliana Okimoto, who at one point led the tour but has dropped out with a back injury. Jennings is now just 4 points back of Okimoto (52 to 56) with two races remaining.

Peterson meanwhile is running 7th for the men with 34 points. He’s the highest-placing American at this point, with Alex Meyer back in 11th.

Peterson and Jennings will be the only two Americans entered in the tour’s Chun’an, China event, but they’ll be joined by 4 more Americans at the circuit finale in Hong Kong. Emily Brunemann, Sean Ryan, David Heron and Cory Mayfield are also entered in that event, per USA Swimming.

Jennings’ coach Grant Holicky of Rally-Sport Aquatics Club will be attending both events, while Tyler Fenwick will be at the Hong Kong race.

You can find the current World Cup points standings here:

The China race is on October 12th and the circuit wraps up with the Hong Kong race on October 18th.