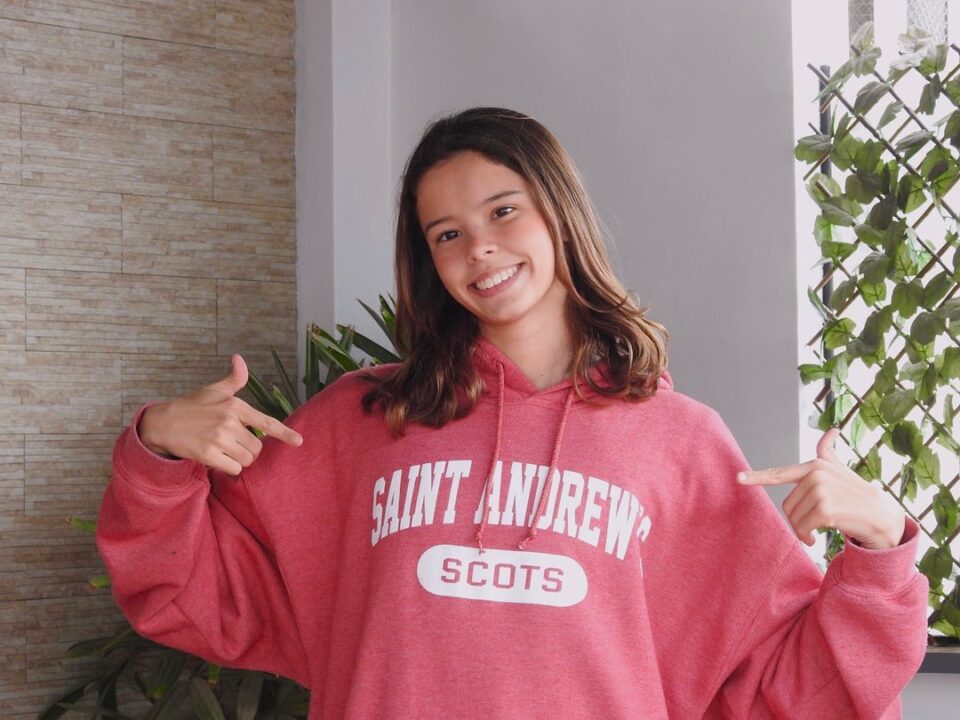 Young Peruvian star Alexia Sotomayor announced she will be finishing her high school career at Saint Andrew’s School in Boca Raton, Florida in the United States. She will join their class of 2025.

16-year-old Sotomayor made her international swimming debut at 12 years old during the 2019 Youth South American Championships followed by the 2019 Panamerican Games which were hosted in her home city, Lima, Perú. Right off the bat, she was part of a national record-setting 4×100 medley relay. Since then, she has taken down tens of national and South American records across different age groups. She clocked 21 national records in short course and long course meters in 2021 alone, according to her family. She currently holds Peruvian national records in ten events including the 50 back, 200 back, 200 free relay, 200 medley relay, and 400 medley relay.

“After living my whole life in Perú, my family took the decision on giving me the chance to study in the United States,” Sotomayor shared on social media on August 1st. “This is an incredible life changing decision; and now I’m super excited to finally tell everyone that I will complete my High School Studies at Saint Andrew’s School Class of 25’ and I will also continue with my athletic career with the SA Swim Team!

“I’m so excited on this new opportunity and I will always be thankful with everyone that’s been part of my life in Perú, Thanks Everyone!!!”

At the 2022 World Championships in June, Sotomayor was Perú’s highest placing finisher in all backstroke events, regardless of gender, and she nearly made the semifinals at 15 years old. She placed 17th in the 200 back with a Peruvian national record time of 2:16.65 and 24th in the 50 back (29.72). Sotomayor trains with Club de Regatas Lima in Chorillos, a district within the southern part of Lima. 21-year-old national record holder Rafaela Fernandini also trains with Regatas.

Sotomayor told the Peruvian newspaper La República that she idolizes American backstroker Regan Smith, who also broke out as a young swimmer, and hopes to meet her someday. Smith competed at her first World Championships in 2017 at 15 years old and is now the world record holder and the 2019 world champion in the 200 backstroke. Sotomayor said she has her sights set on competing at the Paris 2024 Olympics and future Olympic Games.

The young Peruvian swimmer will be moving from one coastal area to another as Saint Andrews, a private, college preparatory school and boarding school, is located on the southeast coast of Florida. Their swimming and diving program is coming off their 14th consecutive Palm Beach County Championships title win last October. Sotomayor will be training with their club team, Saint Andrews Aquatics, which was home to the University of Virginia’s Megan Moroney, a 2016 ACC relay champion.

There are multiple other Peruvian National Team swimmers currently training in the United States including the University of Tennessee’s Joaquín Vargas, a freestyle and backstroke national record holder, and Texas A&M graduate McKenna DeBever who holds Peruvian records in freestyle, butterfly, and backstroke. Both swimmers represented Perú at the 2020 Tokyo Olympics.

Where did you see that?

https://www.saintandrews.net/admission#tuition–financial-aid
It is very likely that students with a combination of solid grade and athletic abilities may qualify for some form of scholarship.