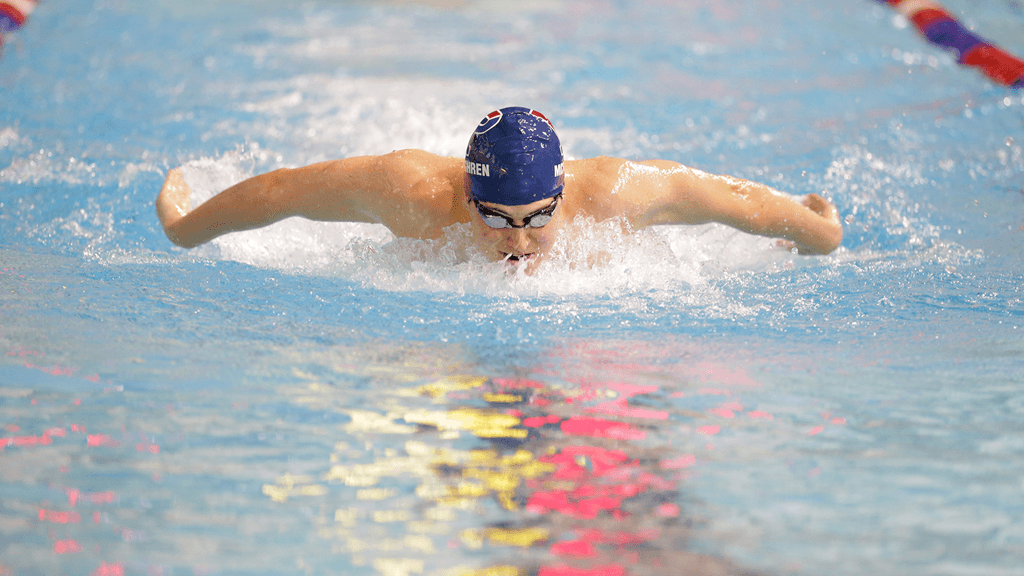 The University of Pennsylvania men's and women's swimming and diving programs completed a sweep over La Salle after winning 18 out of 24 events. Current photo via Penn Athletics

PHILADELPHIA – The University of Pennsylvania men’s and women’s swimming and diving programs completed a sweep over La Salle after winning 18 out of 24 events.

The Quakers took second and third-place in the 3-meter diving event. Madison Perry finished in second with a score of 231.53 and Juliette Pozzuoli finished just behind with a score of 228.38. Perry posted the highest score for Penn in the 1-meter dive (207.30) and placed third.

Penn Men
On the men’s side, Penn had a similar start. The Quakers won the first six events en route to a 147-84 victory over La Salle. A team consisting of Mark Blinstrub, Boris Yang, Sean Lee, and Thomas Dillinger won the 400-medley relay (3:23.56) in convincing fashion, finishing 4.60 seconds ahead of the competition.

Lee earned his first solo win of the meet in the 100 free (46.23) after finishing just 0.03 seconds ahead of La Salle’s Marcus Forsgren. Freshman Zach Althoff won his first event for the Red and Blue after winning the 200 back (1:55.28).

The Quakers are on the road again later this week as they hit the Main Line to face city rivals Villanova on Friday at 5 p.m.

PHILADELPHIA – The La Salle University men’s and women’s swimming and diving teams closed out their home schedule for the calendar year with a dual meet against Penn at Kirk Pool on Wednesday. Both teams had prime performers earn victories but ultimately dropped the team competitions to the Quakers.

“Philadelphia gives us an awesome opportunity to have high quality competition on a Wednesday night,” head swimming & diving coach Jamie Platt said. “Penn is always tough, but we need tough meets at this point of the year to get better.”

La Salle will take a short trip south to Newark, Del. for a tri-meet with the University of Delaware and Rider on Saturday, Nov. 10, beginning at 11:00 a.m.