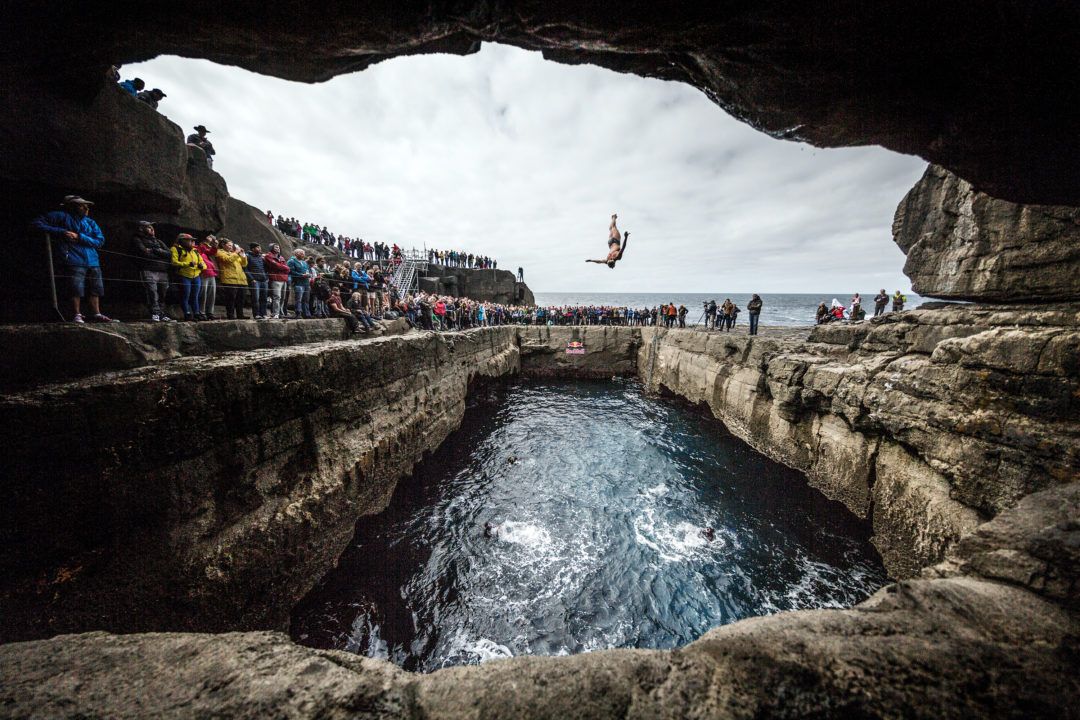 The big names of the sport will be present at the Abu Dhabi Sailing and Yacht Club. 2017 world champions, Steve LoBue (USA) and Rhiannan Iffland (AUS), respectively in the men’s and women’s category will be the athletes to watch (and beat), but many strong challengers are ready to fight for the World Cup title. Taking the top-3 ranking of the 2017 FINA World Championships in Budapest, Michal Navratil (CZE, silver) and Alessandro De Rose (ITA, bronze) will surely be motivated to keep (or improve) their place in the world hierarchy.

Still among men, Gary Hunt (GBR), only fifth in Hungary last year, is always a name to retain for the top positions, after three consecutive gold medals in the 2015 FINA World Championships, and 2016 and 2017 FINA World Cup. At the Magyar rendezvous, he was not successful in his last dive (forward, 3 twists, 4 ½ somersaults – he is the only high diver performing this extremely complex combination), after being leading the competition until that stage.

Andy Jones, also from the USA, and fourth at the Worlds, will surely be fighting for a medal, while Orlando Duque, from Colombia, the first-ever FINA world champion in 2013 will try to improve from his sixth position in both the World Cup and World Championships in 2017. Jonathan Paredes, from Mexico, eighth in Budapest, but fourth some months before in Abu Dhabi is certainly eager to return to his glory days, as when he earned silver at the 2015 FINA Worlds in Kazan and 2016 FINA World Cup. Other names to retain are Miguel Garcia (COL), Blake Aldridge (GBR), or Artem Silchenko (RUS).

In the women’s field, Rhiannan Iffland (AUS) appears to be the clear favorite. 2017 world champion in the Magyar capital, the Australian ace will not face her main challenger from last year, Mexico’s Adriana Jimenez (injured). In Abu Dhabi, in 2017, the Latin American diver had earned gold, but had to content with silver in Budapest.

Other notable absences are Yana Nestsiarava (BLR) and Jacqueline Valente (BRA), also affected by injuries, while Anna Bader, from Germany, is only a spectator in Abu Dhabi, being pregnant of her second child.

The 2018 FINA High Diving World Cup is a qualification event for the 2019 FINA World Championships in Gwangju (KOR), with the first 12 men and first eight women being automatically selected for the FINA showcase in Korea. The remaining places will be allocated at the 2019 edition of the World Cup.

The competition in Abu Dhabi includes four rounds of dives for all athletes, with the first two occurring this Friday November 9 (12h30 local time for women; 14h25 for men) and the final ones on Saturday November 10 (13h00 for women; 15h00 for men).