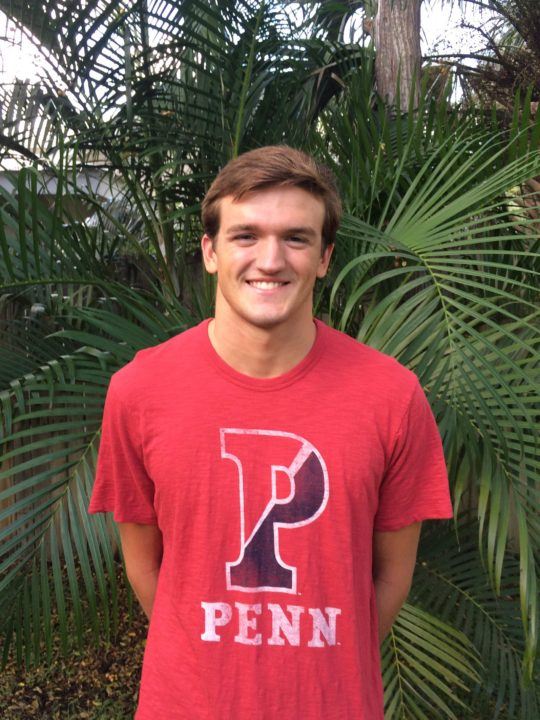 Keanan Dols of Sarasota, Florida has verbally committed to the application process at the University of Pennsylvania.* Dols swims for the Sarasota YMCA Sharks and Riverview High School, and for the Jamaican National Team. At the 2015 FHSAA Class 4A Championships he was runner-up in both the 200 IM (1:50.11) and 100 back (50.40). In long course season, Dols won three events (100/200m back and 100m fly) at the XXI Caribbean Islands Swimming Championships at the end of June, and was runner-up in the 200m IM. His best times are:

Dols would have scored in the C finals in each of his top 5 events, as listed above, at the 2016 Ivy League Men’s Championships.