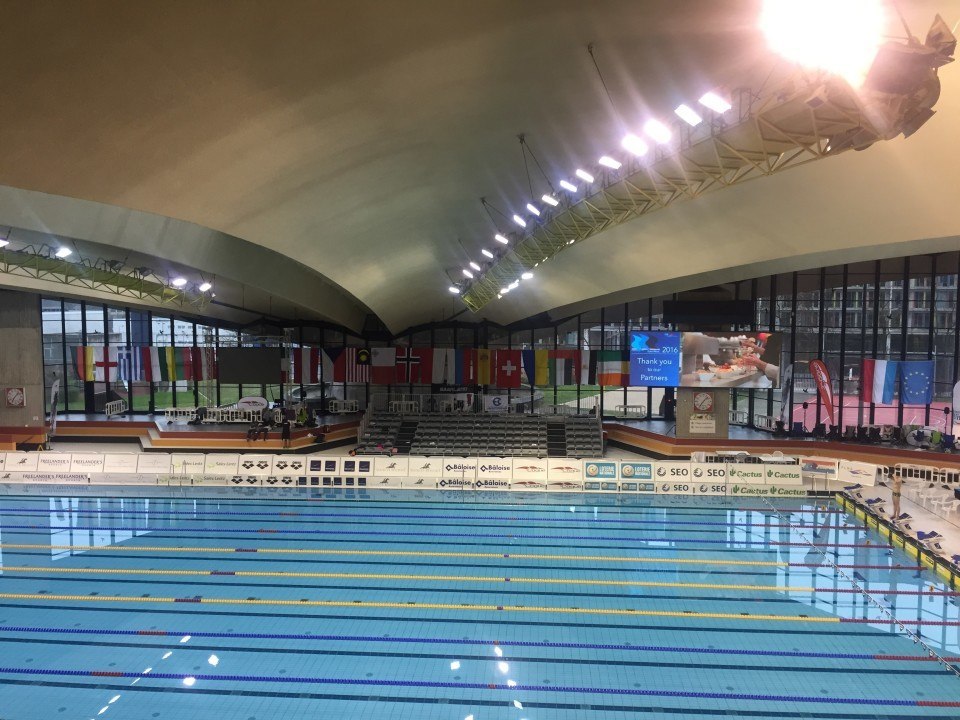 Great Britain’s Olympic Champion and World record holder Adam Peaty set a new meet record in the 50 m breaststroke in the early morning heats in 27,02 – he swam the world record at the 2015 World Championships in Kazan with a time of 26,42. Philip Heintz  (GER) touched second in 28,78. Flavio Bizzarri will be the third seed tonight in 28,81.

Another meet record was set by Greece’s Apostolos Christou in the 100m backstroke in 54,19 – Ireland’s Shane Ryan was the previous meet record holder.

The top seed in the men’s 200m IM is Switzerland’s Jeremy Desplanches who hit the wall in a time of 2:04,10. The next-fastest swim in the morning heats came from Italy’s Giovanni Sorriso in 2:04,66. Raphael Stacchiotti (Luxembourg) came in with the 3rd fastest time in 2:04,74.

Jeremy Desplanches trains in France (Nice), but his nation is SUI