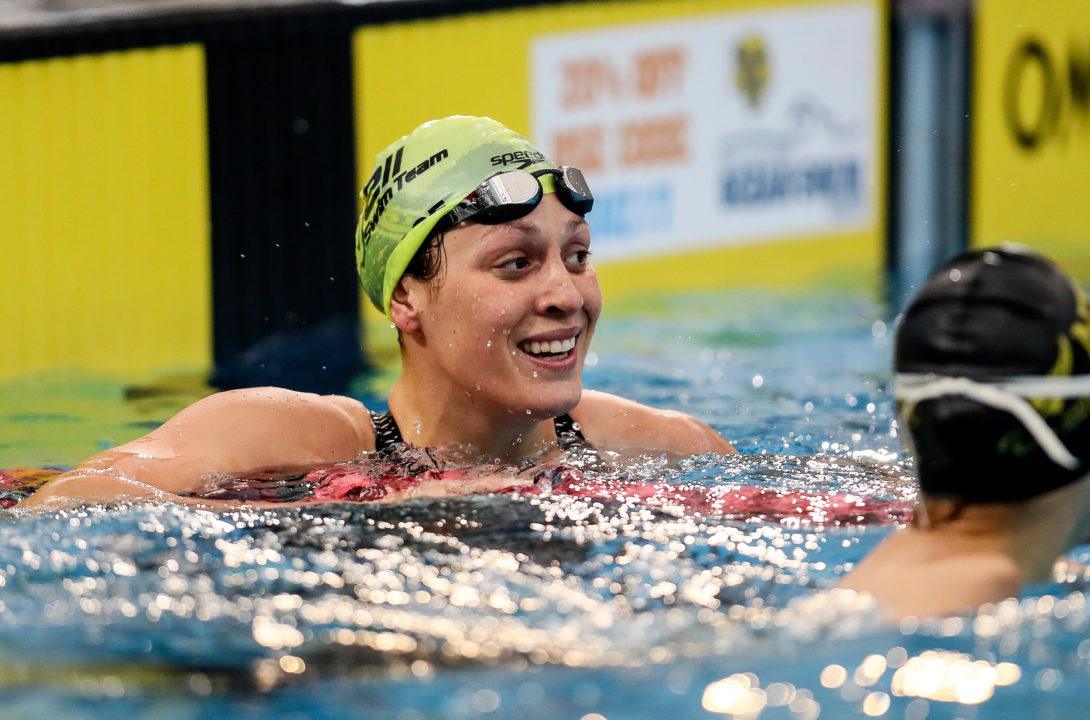 While competing on the first day of the 2017 New Zealand Short Course Championships, Paralympic swimmer Sophie Pascoe has already set 2 Para swimming world short course records. Pascoe made a last-minute change to attend this 5-day meet in her home nation after the postponement of the 2017 World Para Swimming Championships in Mexico City due to earthquakes.

“The 200 free was not just a great race because of the PB and world record but also how I executed the race plan. Being a sprinter, I do tend to go out a little fast but I really backed up my last 100”, said Pascoe.

The 24-year-old Christchurch native then smashed her own 50m butterfly S10 world short course record with a time of 28.42.

Pascoe commented post-race, “Short course obviously isn’t in my favour with missing my leg and turning a lot, so it’s been a great challenge to make sure all the turns have to be fast and sharp to get PBs”.

In other events, the women’s 100m breaststroke New Zealand national record bit the dust on 2 occasions on the day, first with Helena Gasson in morning heats, then by Bronagh Ryan in the evening. Gasson clocked 1:07.78 to take the top seed after morning prelims, while Ryan clinched the victory with a final time and new NZ national record of 1:07.35.

What I really like about SwimSwam is that it covers Para regularly. Thank you!