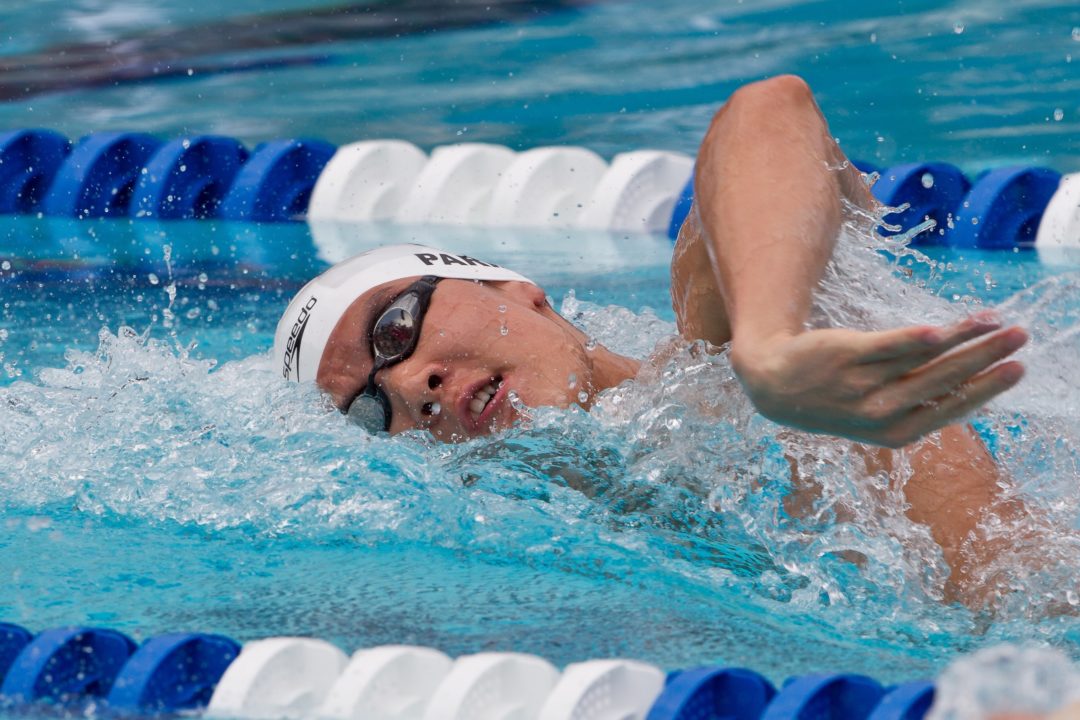 Park Tae Hwan won his second event at the Korean Olympic Trials taking the 200 Freestyle in a time of 1:46.31... Current photo via Tim Binning/TheSwimPictures.com

The site of the 2015 World University Games is hosting this year’s Korean Olympic Trials, as around 1400 aspiring Olympians are gathering at the Gwangju Aquatic Center this week to compete for spots on their nation’s roster for Rio.

Park Tae Hwan won his second national title on Tuesday taking the men’s 200 freestyle in a time of 1:46.31. Park won the 1500 freestyle on Monday, which was the first time he has raced since serving an 18-month suspension for a positive steroid test in 2014.

His time currently places him eighth in the world rankings.

According to the Korean Olympic Committee rules drug-related banned athletes are barred from representing national teams for 3 years beginning on the day the suspension ends. In Park’s case, the 18-month ban ended on March 2nd, so that is the date upon which his 3-year national team ban begins, which means he will not compete in Rio.

In articles in both the Korea Times and Yohap News it is suggested that the Olympic Committee will feel public pressure to overturn their decision.

I am confident that Park will compete in Rio.

Me too. It can be good to have a villain for your hero to beat.

Park is going to be slaughtered if he races against Guy, Hagino, and Lochte. Only Chumps Cheat, remember that.

Slaughtered? You don’t even know what you’re talking about. Do you know what he’s been through? Do you know the circumstances that he had to swim with? Shut your mouth if you don’t know what that person’s been through. If he swims in rio he’s going to be the one doing the slaughtering.