The emblem is composed of a gold medal symbolizing sport, a flame depicting the Olympic and Paralympic Movement, and Marianne representing France itself. Stock photo via rio2016.com 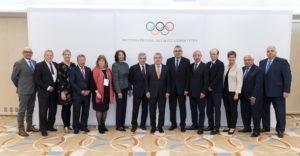 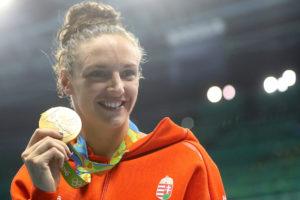 Paris 2024 will mark the third time that the French capital hosts the Olympics, after 1900 and 1924. However, it will be the city’s first time organizing the Paralympic Games.

The circular design with Paris 2024 in the art deco style, which was popular in 1924 when Paris last hosted the Games, also incorporates the lips and outline of Marianne, the personification of the French Republic since the revolution in 1789.

“It is made up of three symbols, both simple and powerful,” the organizers said in a description.

The golden Marianne marks a break from the colorful Eiffel Tower ’24’ logo used for the bid campaign.

Organizers called it “a new phase” in the project where the objective was no longer the bid but the promotion of the Games themselves to the public and potential sponsors.

“Through this artistry, the emblem honors French culture and creativity. It expresses the pride of a country which will welcome the world in 2024, to its capital city, Paris,” said the organizers.

Although, the logo has sparked mixed reactions online. While many have praised it for representing the pride of the French, others have compared it to the logo for the dating app Tinder or associated it with an advertisement for a beauty salon.

I am the new emblem of #Paris2024 pic.twitter.com/Oykq6SQnnv