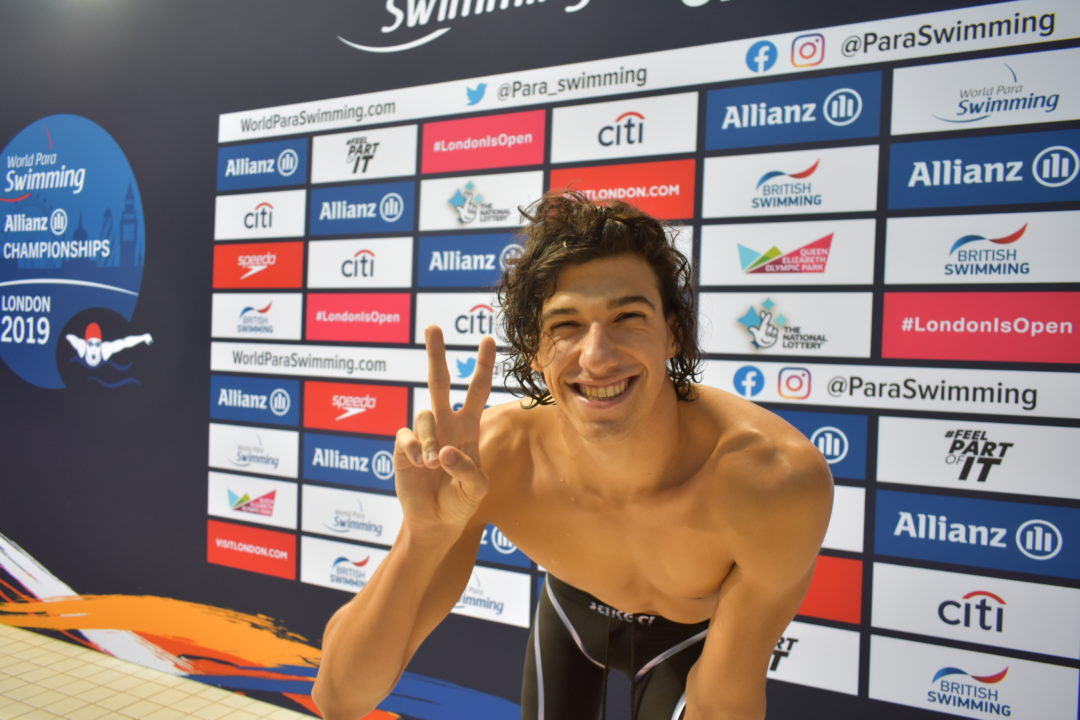 Teenager Simone Barlaam headined the night by breaking a seven-year-old world record in the men's S9 100 back. Current photo via Nate Williams Media

The two took us through competing at their first meet since the pandemic and what competition and Paralympic qualification will look like moving forward.

After the 2019 World Para Swimming World Championships got off to a blazing start with five world records on night one, night two upped the ante with six.

China’s Xinyi Wang broke the final individual world record of the night, winning the women’s S11 100 back in 1:16.40. She was four seconds ahead of the next-fastest finisher, which was Ukrainian Kateryna Tkachuk in 1:20.02. Tkachuk’s teammate Maryna Piddubna was just behind her for third place at 1:20.07.