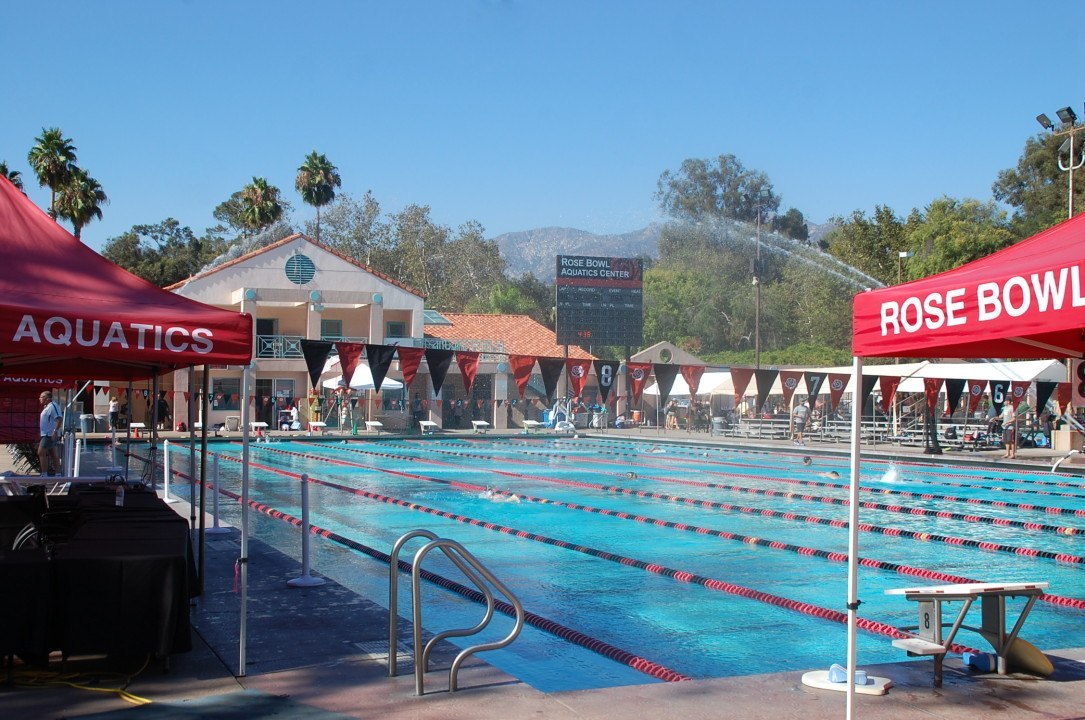 The Pan Pacific Para Swimming Championships are getting started this morning at the Rose Bowl Aquatic Center in Pasadena, California.... Current photo via Anne Lepesant

The Pan Pacific Para Swimming Championships are getting started this morning at the Rose Bowl Aquatic Center in Pasadena, California. There are delegations from 19 countries on deck, ready to swim fast and break records. Below are the events being contested in the first session.

Some of more exciting races to look forward to this morning are in the S14 and S5 classes. Taylor Corry, 19 (S14) and Kayla Clarke, 23 (S14), both of Australia, are entered with seed times within a half-second of each other, 2:13.45 and 2:13.93, respectively. They are used to racing each other and should propel each other toward the current S14 world record, a 2:09.88 set by Jessica-Jane Applegate of Great Britain at 2013 World Championships in Montréal.

Bradley Snyder, 30 (S11) of US is back competing again for the first time since London in 2012, where he won a gold medal in the 400 free on the one year anniversary of losing his vision in the line of duty. His 4:32.41 seed time is 12 seconds off the world record.

Another name to remember is Ian Silverman, 18 (S10) of the US. Silverman won the gold medal in London and again in Montréal, and is only .5 off the world record with his entry time of 4:04.91.

The big races here will be those of current world record-holder and London gold medalist Daniel Dias, 26 (S5) of Brazil and Roy Perkins, 24 (S5) of US. Perkins beat Dias for the gold medal at 2013 World Championships in Montréal so Dias will be eager to reclaim his place atop the podium.

The most anticipated race of the day will be the women’s 100 fly. Jessica Long, who until yesterday was the S8 world record holder with 1:09.60 from Berlin this past April, will be trying to regain her place in the record books. At the IPC European Championships in Eindhoven yesterday, both Stephanie Slater of Great Britain and Ukraine’s Kateryna Istomina went under Long’s previous mark. Slater etched her name in the S8 record book with 1:08.20, while Istomina went1:09.09.

Australian teenager, Maddison Elliott, 15 (S8) is another one to look out for in the 100 fly. She is entered with 1:15.59, a significant margin away from the leaders, but the up-and-comer just broke Jessica Long’s S8 world record in 100 free at the Commonwealth Games last month so she’s got speed.

There will be a lot of great swimming in the women’s 50 free.

Is it possible to have live results on the web site rather than just Meet Mobile and/or live TV for the 2014 Pan Pacific Para Swimming Championships?

We spent a lot of time looking into a live stream, but it simply wasn’t feasible. The USOC didn’t choose a facility with the thought that there would be media like SwimSwam there trying to provide good coverage.

If you would like to see live updates of results, what you can do is follow @malloryweggemann on Twitter. She will be live-Tweeting all of the results while we battle internet issues on deck.

I agree with Leonard! Please post the live results on the site!

I also agree their should be a live feed of the events or at least the results posted.