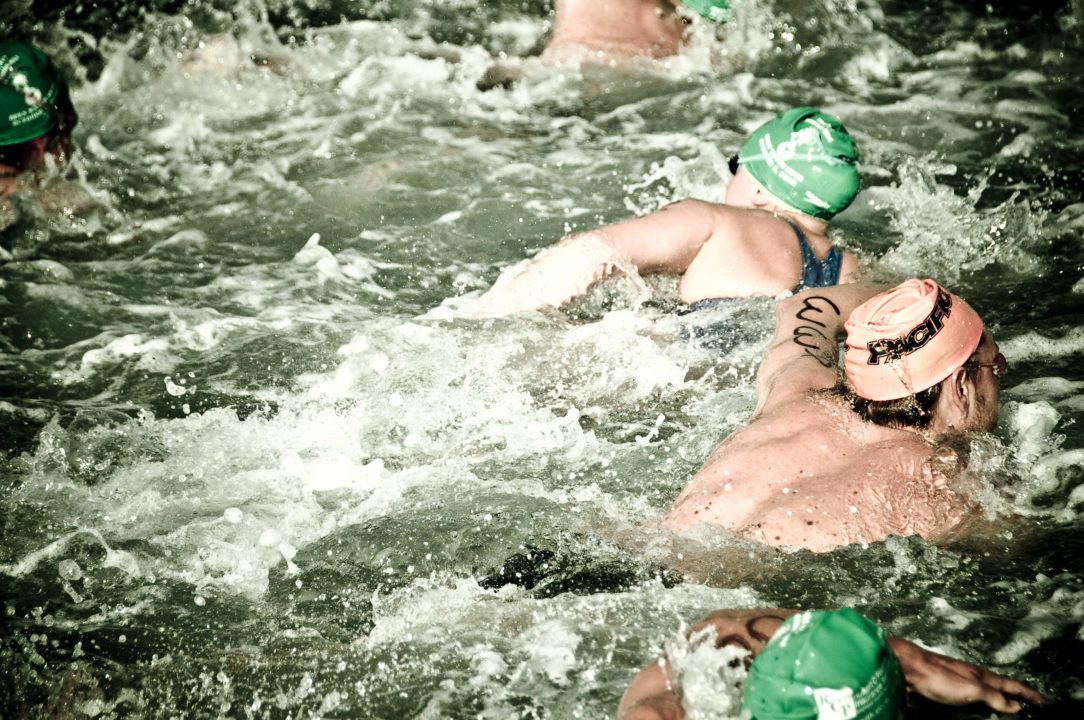 It's been an exciting week in the open water swimming world. Here's a few of the many highlights. (file photo: Mike Lewis, Ola Vista Photography)

It’s been an interesting week in the world of open water swimming.   Here’s a few of the many highlights from around the globe:

1) A fearless group of California swimmers have taken to the pacific ocean in an attempt to swim from Santa Barbara to San Diego.  The 228 mile journey is expected to take 5 days.  The team is comprised of Phil Cutti, David Holscher, Zach Jirkovsky, Luane Rowe, Bilair Cannon and Grace van der Byl.  You can follow the team on the Night Train Swimmers Web Site.

2) Team USA Swimmers top the podium and win $10,000 each.  Alex Meyer and Christine Jennings were the respective winners in the 19.5K BCT Gdynia Marathon Swim in Poland.  This obviously will go a long way in helping these two swimmers continue in the quest for success in Rio ’16.

4) 17 year old Leah Comacho became the youngest person to swim 26 mile Kaiwi channel between the Hawiian Islands of Molokai and Oahu. She’s only the 27th person to have recorded a successful crossing of this channel and her time of 14 hours and 43 minutes was the ninth fastest time on record. Check out the details Leah’s training on her blog

Coming up in open water swimming:

September 2, 2013: The Waikiki Roughwater Swim – 2.4 mile swim that was inspiration for the swim leg of the original Ironman Triathlon.

September 8, 2013: The 83rd annual La Jolla Rough Water Swim – one of the largest open water swims in the United States features several races for age groupers and masters swimmers and concludes with the famed Gatorman 5K.

Diana Nyad:  the famed ultra marathon swimmers celebrated her 64th birthday on August 23rd in Key West, Florida where she is staging for another attempt of the Cuba to Florida Swim.  This will be Nyad’s 4th attempt since 2011.  Her 2013 attempt may happen at any time once the ideal conditions are present. You can follow her on her blog

On Sept 21 the first edition of the Alligator Lighthouse Swim in the beautiful Florida Keys will be hosted by the Friends of the Pool. It’s a beautiful swim and a great challenge with its 8 miles. Find out more at http://www.swimalligatorlight.com/