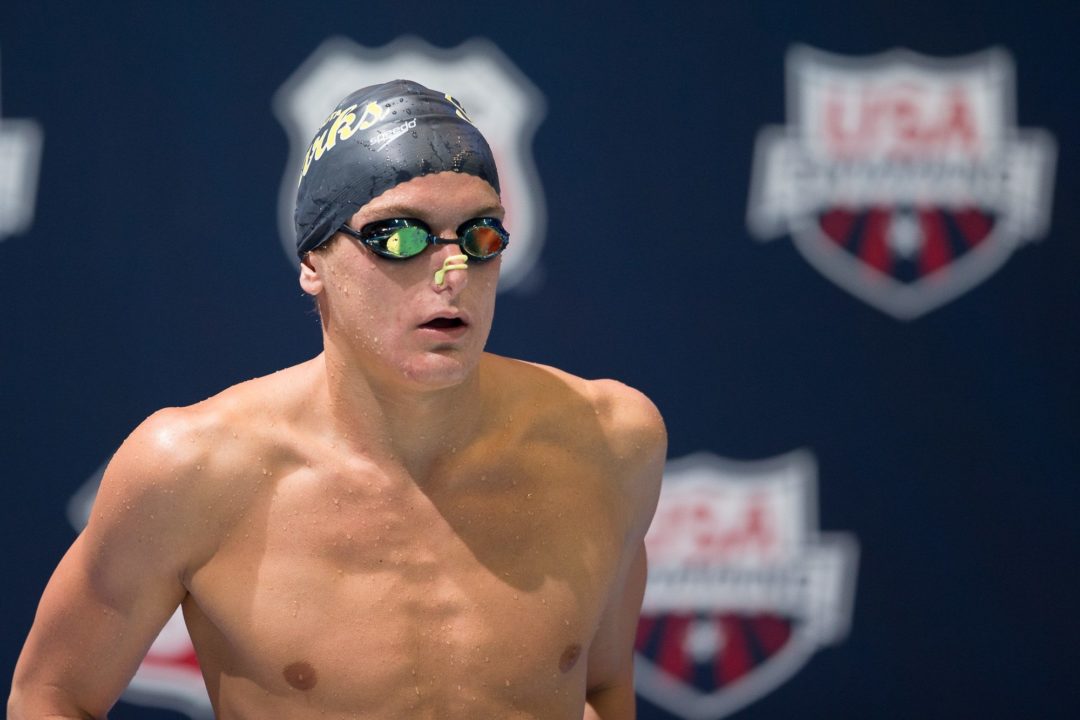 Katz spent his freshman season with the Michigan Wolverines, though he didn’t come close to his lifetime-bests and didn’t score points at the Big Ten Championships.

But the Florida Gators announced Katz as a new signee for the upcoming year in a press release today.

“We are fortunate to be able to add another talented young man to the team,” Florida coach Gregg Troy said in the release. “Alex has a tremendous skill set and the ability to add to our team in a variety of areas.”

Maybe his most impressive time, though, was the 1:58.83 he put up in the long course meter 200 backstroke at the 2013 Junior Nationals.

Katz fits the mold of a Florida Gator to a “T” as far as event focuses go. The Gators are generally very deep in the 200s of every stroke, and excel in training swimmers through those middle-distances. It appears Katz will start his Gator career right away this fall.

That’s kind of a bummer for the Wolverines. But hope this kid succeeds at Florida and wherever else he ends up.

Don’t think he liked the culture Michigan was trying to “sell” him.

Florida has a very strong men’s class coming in next year. In addition to Katz, the new diving coach inked a national champion, and the VT transfer Switkowski is a 1:55 LC flyer. They also got Balogh and Palazzo from the National Junior Team. If they can work with SNZ to find a way to make sure Corey Main can swim the college season, they should have a pretty good year.

I saw a Facebook post written by him trashing michigan because of hazing, spurred by the transfers of Kyle dudzinski and luke papendick. Interesting

His sister, Taylor, is already a Gator.

i believe he had should problems a year or so ago and has been on the recovering trail.