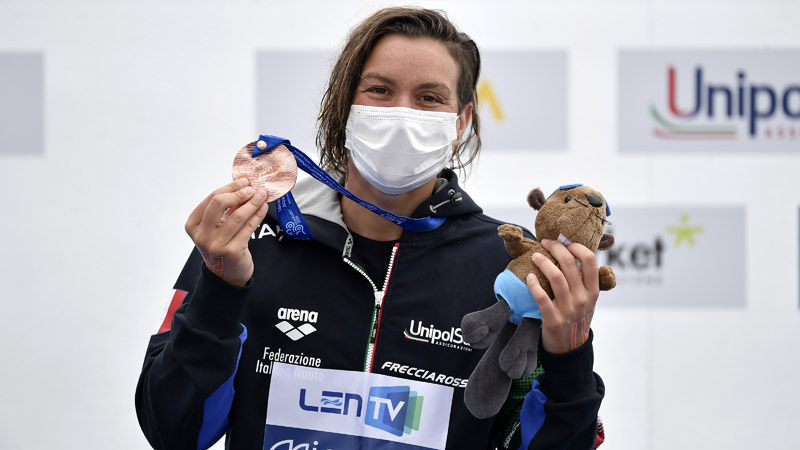 Bruni is moving on from coach Fabrizio Antonelli and will train in Brazil under Kiko Klaser at Grêmio Náutico União in Porto Alegre. Current photo via Andrea Staccioli / Deepbluemedia / Insidefoto

Bruni is an eight-time European Open Water Swimming Championships gold medalist, three-time World Championship medalist, and was the first Italian woman to win the FINA Open Water World Series (winning in both 2015 and 2016). She followed up her back-to-back World Series victories with a silver medal at the Rio Olympics in the 10km. Bruni had a disappointing Tokyo campaign, finishing in 14th.

Klasser also coaches Viviane Jungblut, the Brazilian national record holder in the 400m, 800m, and 1500m pool events. Jungblut is a rising star in open-water swimming as well, having earned a bronze at the Pan-American games in 2019 in the 10km. Jungblut also represented Brazil at the 2020 Tokyo Olympics in the pool, finishing 20th in the 1500m and 24th in the 800m. Bruni’s experience will certainly help build Jungblut, and Jungblut will help to push Bruni.

Aurélie Muller was second in that race. That DQ was a joke and only happened to bump the Brazilian women to bronze.