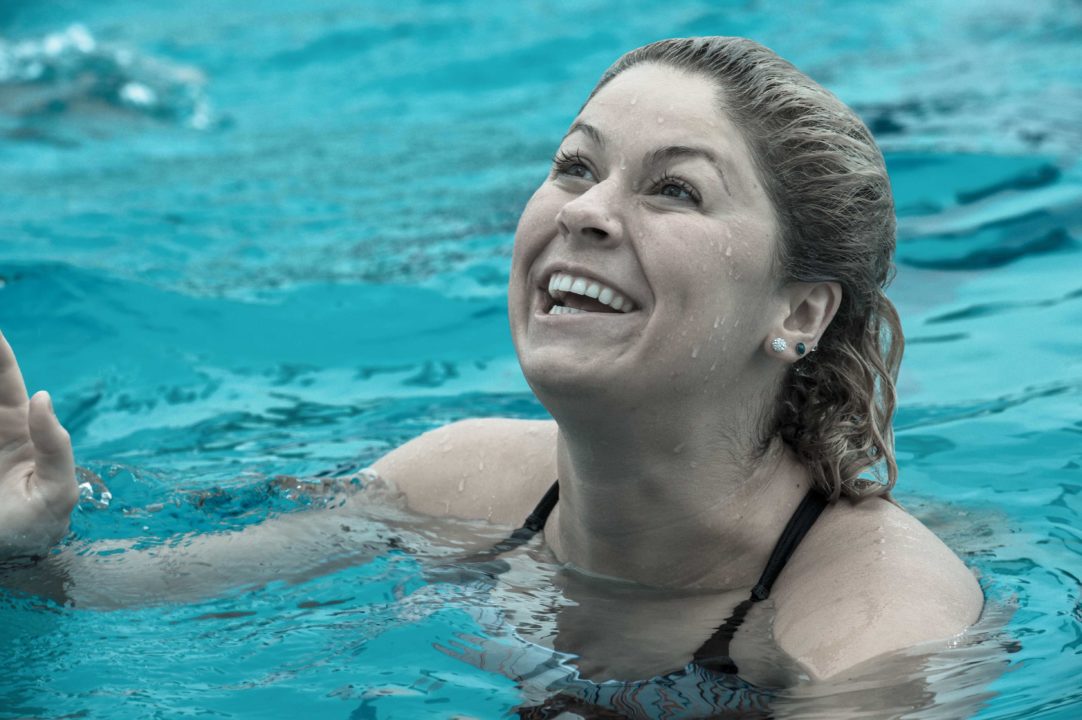 The TAC Titans are hosting the Polar Plunge, though the hefty majority of top swimmers racing here are their own, including NAG record-holder Claire Curzan.

Just over a month after graduating from the University of Florida, two-time U.S. Olympian Elizabeth Beisel has signed her first official endorsement deal, joining Speedo’s lineup of high-profile athletes.

She’s been a force in the swimming community for years, representing the U.S. at the World Championships as early as age 14. But Beisel waited to officially “turn pro” until this year, choosing instead to pursue a full 4-year NCAA career with the Florida Gators.

By all accounts, her collegiate career was highly-successful, both in the pool and in the classroom. Beisel won two NCAA Championships (the 200 back in 2012 and the 400 IM in 2013), and racked up 18 All-America awards over four seasons. She also was named Capital One Academic All America in each of her final three seasons and was awarded the prestigious NCAA Postgraduate Scholarship earlier this year.

Beisel posted a video announcing her sponsorship on Instagram, which you can view here:

Beisel will be competing in the Santa Clara Grand Prix this weekend, representing the Bluefish Swim Club, which is the team she grew up training with in North Kingstown, Rhode Island.

The full Speedo press release is below:

LOS ANGELES (June 17, 2014) — SPEEDO USA, a division of PVH Corp. (NYSE: PVH), today announced that 21-year-old Olympic medalist and college swim star Elizabeth Beisel has signed a multi-year agreement with the company through 2017. An extremely versatile swimmer and dominant force in the Individual Medley and Backstroke events, Beisel has worn Speedo throughout her swim career and joins Team Speedo with her sights set on making her third Olympic team in Rio.

Beisel made her Olympic debut at the 2008 Games in Beijing. As the youngest member of the U.S. swim team, the then 15-year-old narrowly missed medaling in the 400m IM and 200m Backstroke.  At the 2012 Olympic Games in London, Beisel cemented her position on the world stage, taking home silver in the 400m IM (4:31.27) and bronze in the 200m Backstroke (2:06.18), setting new personal bests in both events.

“Speedo products are the industry leaders for all things swimming,” said Beisel. “I couldn’t ask for a better partner than SPEEDO USA as I begin my professional career. I’m very excited to be part of the Speedo family.”

The University of Florida senior caps her collegiate swim career as one of the most decorated student-athletes in Gator history, with two NCAA Championships (400m IM in 2013 and 200m Backstroke in 2012), nine SEC titles and 18 All-American honors. Out of the pool, the telecommunications major is a three-time SEC Academic Honor Roll member and was selected as a NCAA Postgraduate Scholarship recipient for the winter sports season for the 2013-14 academic year.  A Rhode Island native, Beisel will continue to train in Gainesville, Fla. under Gators Head Coach and long-time SpeedoAdvisory Coach Gregg Troy.

“SPEEDO is proud to announce our relationship with Elizabeth,” said Jim Gerson, President of SPEEDO USA. “She has already accomplished so much in the sport at such a young age, and we know she has a very bright future ahead of her. We are very happy to welcome her to Team Speedo and look forward to supporting her in this next stage of her career.”

As part of Team Speedo, Beisel will be part of an athlete advisory group to the SPEEDO Aqualab, the brand’s research and development center, and will train and compete in Speedo suits, accessories and related gear.