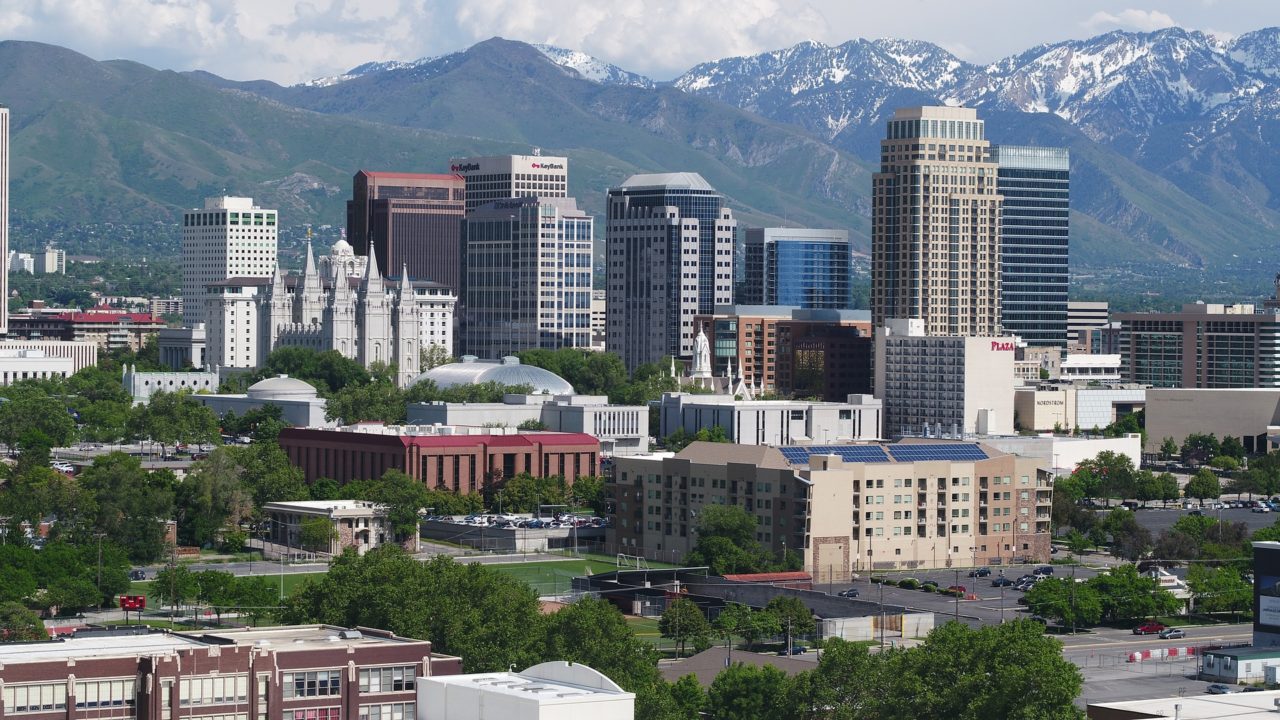 SwimSwam will periodically update you on the biggest news around the Olympic and Paralympic world, outside of aquatic sports. Read on to learn about the popularity of Salt Lake City’s Winter Olympic bid for 2030 or 2034, the verdict in Brittney Griner’s Russian trial, potential new sports for the 2028 Paralympics in Los Angeles, and the International Luge Federation postponing its first World Cup event of the season due to a television conflict with the FIFA World Cup.

A survey released Monday by the Deseret News and Hinckley Institute of Politics shows 79% in favor of the Winter Olympics returning to Salt Lake City in either 2030 or 2034, compared to just 16% against the bid.

More specifically, the results broke down to 44% who strongly supported the bid versus 8% strongly against it. 35% are somewhat in favor while 8% are somewhat against. Another 5% had no opinion. The poll reached 801 registered voters in Utah from June 13-18, with a margin of error of about 3%.

The results are relatively consistent with past polling conducted by the state’s Olympic Exploratory Committee, which found 89% supported the idea in 2017. The following year, 82% approved of the Winter Games bid in a survey done by the U.S. Olympic and Paralympic Committee.

Compared to the two other cities competing for the Winter Olympics, Salt Lake City’s public approval ratings stand out. In both Sapporo (52%) and Vancouver (54%), support is hovering around the halfway mark. The proposed Salt Lake City budget is also lower than projections for Sapporo and Vancouver, with $2 million in private funds aiding the effort.

“In a world where people are so divided about everything, they are united on the Winter Olympics,” said Jason Perry, director of the University of Utah’s Hinckley Institute of Politics. “There is an Olympic spirit that has not gone away.”

Salt Lake City’s chances of beating out Sapporo and Vancouver for the 2030 Winter Olympics are likely hampered by the fact that Los Angeles is hosting the Summer Games just two years prior. But there’s optimism among organizers that their bid will prevail.

“I still strongly believe that we’ll be awarded either ’30 or ’34,” said Fraser Bullock, who served as COO of 2002 Winter Games and is now CEO of the Salt Lake City-Utah Committee for the Games overseeing the upcoming bid. “We are one of the best cities in the world to host a Games, for all the reasons we all know about, whether it’s compact Games, whether it’s the unified support, whether it’s excellent economics — or just the love of the Games in Utah.”

The host city for the 2030 Winter Olympics will be chosen at next year’s IOC Session in Mumbai.

Two-time U.S. Olympic gold medalist Brittney Griner was sentenced to nine years of jail time in Russia on Thursday for smuggling less than a gram of cannabis oil into the country back in February.

Griner, who pleaded guilty last month, was also hit with a fine of about $16,400.

“I never meant to hurt anybody, I never meant to put in jeopardy the Russian population, I never meant to break any laws here,” Griner told the court before the verdict was delivered. “I made an honest mistake and I hope that in your ruling that it doesn’t end my life here. I know everybody keeps talking about political pawn and politics, but I hope that, that is far from this courtroom.

“I want to say again that I had no intent on breaking any Russian laws. I had no intent. I did not conspire or plan to commit this crime,” she added.

Last week, President Joe Biden’s administration offered to release Russian arms dealer Viktor Bout in exchange for Griner and another American prisoner, Paul Whelan, who has been held on espionage charges since 2018. Russian officials countered the offer, but U.S. officials did not accept it as a legitimate counteroffer.

The International Paralympic Committee (IPC) received applications from 33 sports seeking to become part of the program at the 2028 Paralympics in Los Angeles.

“To receive a record 33 submissions to be part of the LA28 Paralympic Games sport program underlines the growing strength of sports within the Paralympic Movement,” said Colleen Wrenn, the IPC’s chief Paralympic Games delivery officer.

A decision on the final slate of sports for the 2028 Paralympics is set for next January following an analysis of their impact on the program. The Games will take place August 15-27, 2028.

The International Luge Federation (FIL) postponed its first World Cup event of the upcoming season in Innsbruck, Austria, due to a television scheduling conflict with the 2022 FIFA World Cup in Qatar.

“The International Luge Federation, FIL recently received the final information that the 1st EBERSPACHER Luge World Cup of the 2022/2023 season, which was scheduled to take place in Innsbruck (AUT) on the weekend of November 26 and 27, 2022, will not be televised,” the FIL wrote in a press release. “The November 2022 event in Innsbruck (AUT) will hardly be able to be broadcasted on television live due to the FIFA World Cup in Qatar, which commences 21 November.

“Therefore, the FIL Executive Board intends to revise the Luge World Cup calendar. The exact date and venue of the missing World Cup will be announced as soon as possible.”

Perhaps a bird brain take but it’s hypocritical that the U.S. is willing to exchange a Russian arms dealer for someone imprisoned for accidentally smuggling cannabis when we have tens of thousands of people in jail right now for simply possesing it.

Most of the “leave her in jail” takes on the internet are really bad, but I think this is a very interesting point.

I’m looking for data on how many Americans are still incarcerated for “small, personal use amounts of marijuana” charges. It’s hard to find that exact data, but it seems to be something like 40k are incarcerated for marijuana charges, and almost 90% of those are for “possession alone.”

1v1 Boogie for freedom, otherwise keep her she broke the law in another country, especially Russia.

I doubt anybody will read this comment, but I feel compelled to comment that, although it is factually true that Brittney Griner plead guilty to criminal charges and was sentenced to 9 years in a Russian prison, reporting this on a website read by US citizens out of context creates a false equivalency between the US and Russian legal systems. As I understand it, Griner was advised to plead guilty to expedite the legal process in Russia, where there is no such thing as a fair trial anyway. It suggests Russia is laudably strict about drug crimes, when in fact what they are doing is using Brittney as a pawn in negotiations with the US over political prisoners being held… Read more »