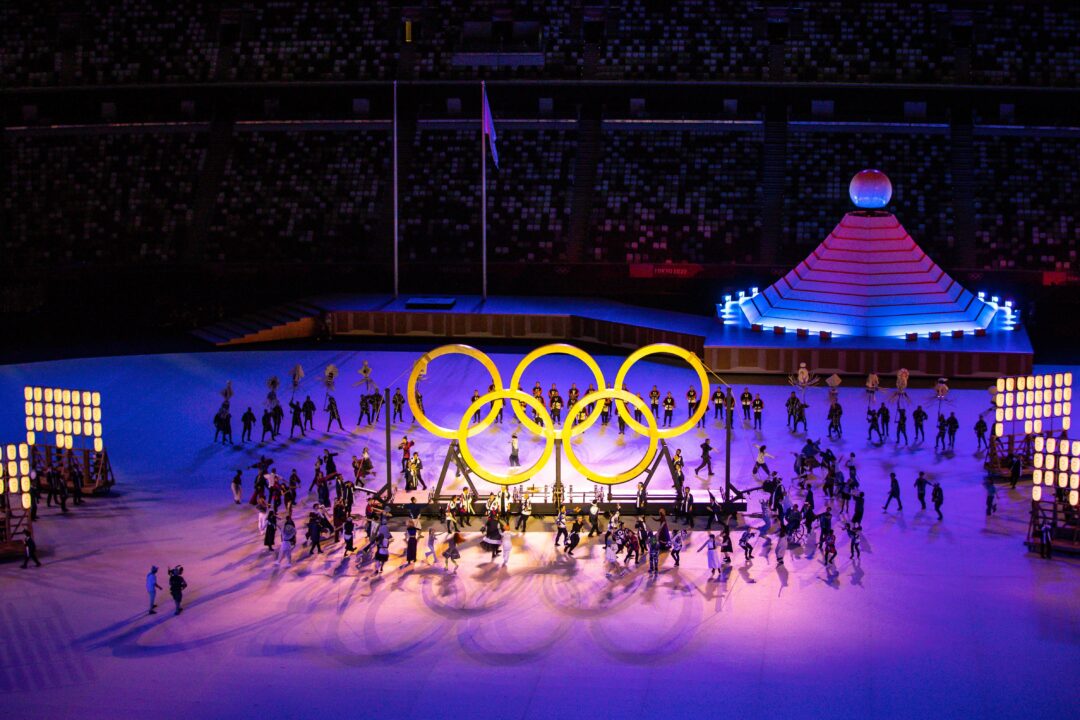 Catch up on the biggest Olympic and Paralympic storylines outside of the swimming world, including scandal in the Olympic boxing world. Archive photo via Jack Spitser/Spitser Photography

Periodically, SwimSwam is updating you on the biggest news around the Olympic and Paralympic world, outside of aquatic sports. Read on to learn about a match-fixing scandal in Olympic boxing, the National Women’s Soccer League’s reckoning with sexual harassment and French President Emmanuel Macron’s take on his nation’s performance at the Tokyo Olympics.

Some boxing matches at the 2016 Olympic Games were fixed by judges and referees, and an investigation by Richard McLaren found.

The International Boxing Association (AIBA) appointed McLaren to investigate the games, and he found that AIBA selected match officials to ensure they could be manipulated — both in qualifying events and at the Rio Games. McLaren found that “in the vicinity of 11,” bouts were manipulated.

Each morning before a day of fights got underway at the Olympics, judges and referees were told who the winners should be. McLaren was not able to find out who, specifically, was behind the choices and match-fixing program as a whole.

McLaren also found that the London 2012 Games may also have been affected. According to the report, the former AIBA president C.K. Wu asked his executive director to make sure that Turkish boxers qualified for the Games because the nation had hosted a costly qualifier. Wu also is alleged to have suggested to officials that athletes from Azerbaijan should not win gold medals in 2012.

In a recent letter to AIBA, the IOC reiterated that it has the “deepest concerns” about the federation and won’t commit to keeping the sport on the Olympic program for 2024.

The National Women’s Soccer League postponed all of its weekend games following a report of allegations of  “sexual coercion spanning multiple teams and leagues since 2010” by North Carolina Courage coach Paul Riley.

In the immediate aftermath of the allegations, Riley was fired, and NWSL Commissioner Lisa Baird — the former head of marketing for the USOC — resigned, as did general counsel Lisa Levine. A small team of executives will oversee the league’s operation in the interim.

In recent months, a number of other NWSL coaches have been removed from their posts, including former Washington Spirit coach Richie Burke was fired for harassment and former OL Reign coach Farid Benstiti for “inappropriate comments” to players.

At an event honoring France’s Olympic and Paralympic medal winners in September, President Emmanuel Macron said he was not pleased with the nation’s 33 Olympic medals.

The count was good for 10th overall, as was France’s 54 Paralympic medals. In Rio, France tallied 42 Olympic medals — fifth overall.

“However, I must say to our Olympic medalists that despite these fine results, despite the magnificent return to the front of the stage by Florent Manaudou, despite the Homeric resistance to the pain of [decathlete] Kevin Mayer, we all remember it, and I have besides, a thought for Renaud Lavillenie too, despite the efforts on the water level of Thomas Goyard and Charline Picon or on the tatami, Althea Laurin and without wanting to damage this united France team, one thing is clear: Paralympic sport has crushed you!”

He added that he wants to the medal count to improve for the Paris 2024 Games, targeting a top-five finish for France.

“I’m telling you very clearly, we have to do a lot more,” he said. “Much more because these are our Games, it’s at home and it’s expected. And the higher, faster, stronger together, if it has to apply, it is good for these Games. And so it is necessary for each federation, for each athlete, to put the maximum pressure on ourselves.”

they did the same in wrestling in Rio. Incredible
On another subject, gymnastics:

lemme just ring up the boys in Uzbekistan and boom, 7 second 50 freestyle

When you stop and think about it, it’s actually incredibly easy for swimming results to be manipulated. In most objective sports (football, basketball, etc.) you’d need collusion of the in-game sport officials. The on-deck referees/officials don’t actually have any way of knowning whether the timing system is reading out accurate times.

To add on to that, some lanes were thought to be “faster” lanes in Rio as they were linked to numerous medals, and that would also be pretty hard to control before hand

That’ll just help in 50s tho, right? Unless there’s a guy pulling a SWITCH CURRENT DIRECTION lever during the race.

No- there was an article about it last year I think. It affects results even in longer races. Both positively and negatively.

Ohhh that makes sense. I think. I’d really need to either write out some equations or read some charts/graphs with it all math’d out to really make my brain believe it, but I’m with it.

Edit – I made an Excel table with made up numbers, it’s very fun.

Take advantage of your new found knowledge — learn to fly a plane! (You learn to calculate fuel requirements given wind speed in ground school)

Places are a bit harder to fuss, though.

Well. Unless you’re Mike Cavic. Then you kinda think places are swapped around, too.

I still struggle with the 100 fly semi where Emma clearly touched the wall first by about 3 tenths, but it was apparently a dead heat with Zhang. Obviously it didn’t matter in the end, but if that had been a final that would have been an issue.