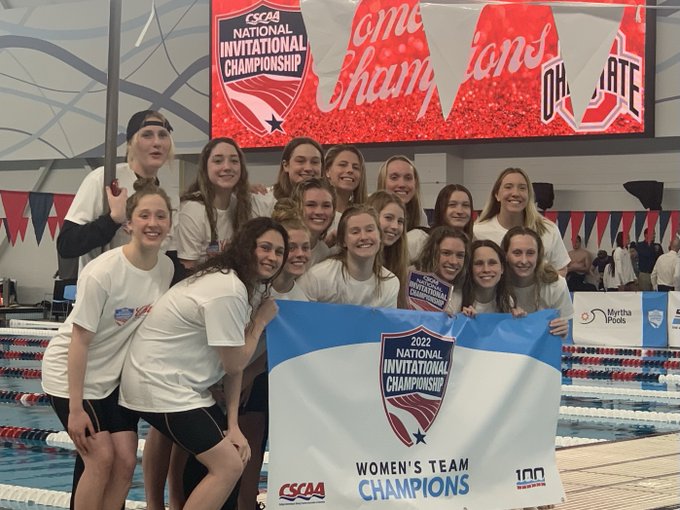 The Vols kicked off the Saturday finals session with a win in the women’s 1650 free. Claire Nguyen won the event in 16:25.39, breaking the NIC meet record.

Tennessee freshman Asia Minnes grabbed another Vols win on Saturday, taking the women’s 100 IM, establishing a huge new personal best in the process. Minnes swam a 54.74, blowing away the 56.65 she had just set in the event 2 weeks ago at Kentucky’s Last Chance meet. With the swim, Minnes also broke the meet record.

Ohio State would go on to break 5 meet records during the final session of the meet. It started with the men’s 100 IM, where Pete Krusinksi swam a 48.35. Primarily a breaststroker, Krusinski took over the race on the back half.

Next, Thomas Watkins won the men’s 200 back, swimming a 1:42.80. He dipped under the meet record of 1:42.84 with the swim, also holding off Oakland’s Marko Khotynetskyi, the Horizon League champion in the event.

Ohio State senior James Ward swam a 42.88 to win the men’s 100 free, clocking a new personal best and a meet record in the process. Ward dipped under his previous best of 42.94, which was set at the Big Ten Championships just a few weeks ago.

Morgan Kraus swam a huge new personal best en route to winning the 200 fly. Kraus clocked a 1:57.04, taking 5 seconds off her previous best in the event. She also broke the meet record with the swim.

Washington State 5th year Taylor McCoy ended her collegiate career with a win and a new program record to boot. McCoy, a 2021 NCAA qualifier, won the women’s 200 back in 1:55.86, breaking the Washington State team record with the swim. She swam a very evenly split race, splitting 57.84 on the first 100, and coming home in 58.02.

Congrats to The Ohio State women! They have arguably the best team depth in the country and have put together a memorable season.

This meet is a great idea!

Yes but still dominated by power five programs. I’d love to see a meet for the mid majors.

Yes Ohio State is a power five team but when looking I noticed they won this without a single swimmer that was invited to NCAA’s. A few of the other schools did bring some NCAA invitees; but the vast majority of the swimmers were mid major competitors.

I believe no ncaa qualifiers were allowed

My mistake; Upon further review, it looks like there was only one NCAA invite that participated- Arielle Hayon from Rice.

Understand your perspective, but it’s also pretty cool for this mid-major guys to be able to race and compete with (and beat!) darn good athletes from big schools