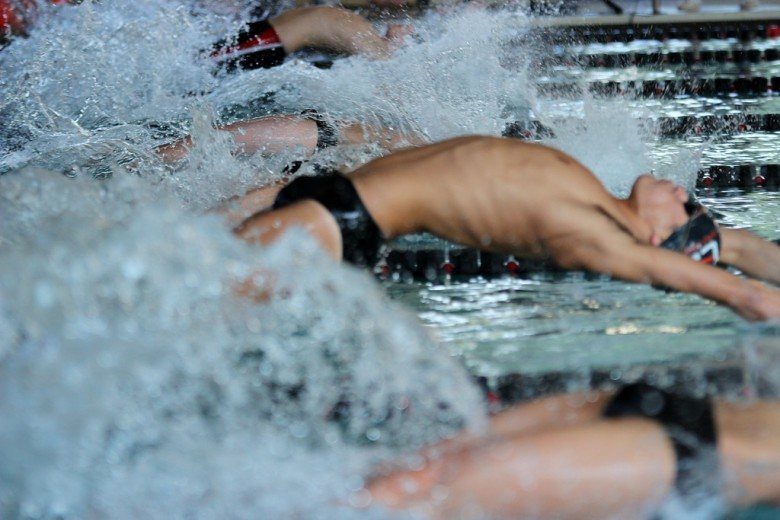 UANA, the Swimming Union of the Americas, has released the official qualifying procedures for the 2015 Pan American Games, to be held in Toronto, Canada one year from this July. Stock photo via Lester Rich/SwimTeamPics.com

UANA, the Swimming Union of the Americas, has released the official qualifying procedures for the 2015 Pan American Games, to be held in Toronto, Canada one year from this July.

The procedures are pretty straightforward. Each nation is allowed up to 18 men and 18 women on their roster, up to two entries in each individual event and one relay.

The qualifying period runs from January 1, 2014 to April 15, 2015, so times already put up in 2014 will count for qualifying purposes, as long as the event is on the FINA-approved list of qualifying meets for 2015 World Championships.

Athletes hitting an “A” cut in the chart below are automatically qualified, and “B” cuts will be invited to fill out the total number cap of 276 total swimmers in the meet. For a country to enter two swimmers in the same event, both must have an “A” cut.

Keep in mind that each country will have in place their own qualifying procedures to get to their roster of up-to-36. They can not expand the UANA’s definition, but they can further limit the qualifying standards.

You can find the original table and the full selection procedures explanation here.

The Pan American Games will run from July 10-26 of 2015 at the CIBC Pan Am / Parapan Am Aquatics Centre and Field House currently being built especially for the Games in Toronto.

You are correct! Thanks for the heads up, typo is fixed above

when will the USA team be picked?