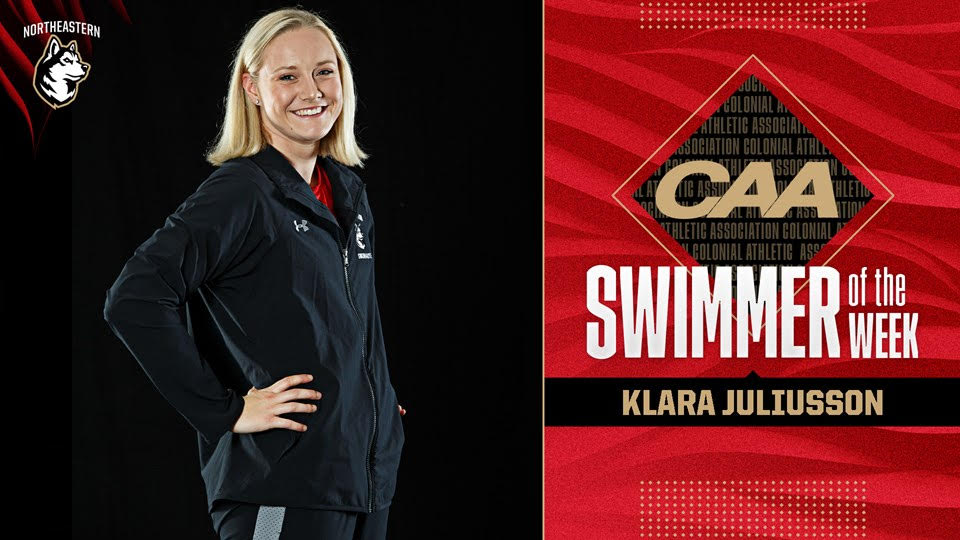 Klara Juliusson and Elly Morrison of Northweastern have been named CAA Swimmer of the Week and CAA Diver of the Week. Current photo via Northeastern Athletics

RICHMOND, Va.— After leading the Northeastern women’s swimming and diving team to a 181-110 win over Boston University, Klara Juliusson and Elly Morrison have been named CAA Swimmer of the Week and CAA Diver of the Week, respectively, as announced by the conference Tuesday.

Morrison swept the diving events, winning both the 1- and 3-meter events. Morrison tallied season-best scores on both springboards, finishing with 255.60 on the 1-meter and 255.90 on the 3-meter.

Juliusson, Morrison and the Huskies are back in action at the Terrier Invitational hosted by Boston University from Friday-Sunday, Nov. 22-24.

I think you mean Northeastern in the title of the article.