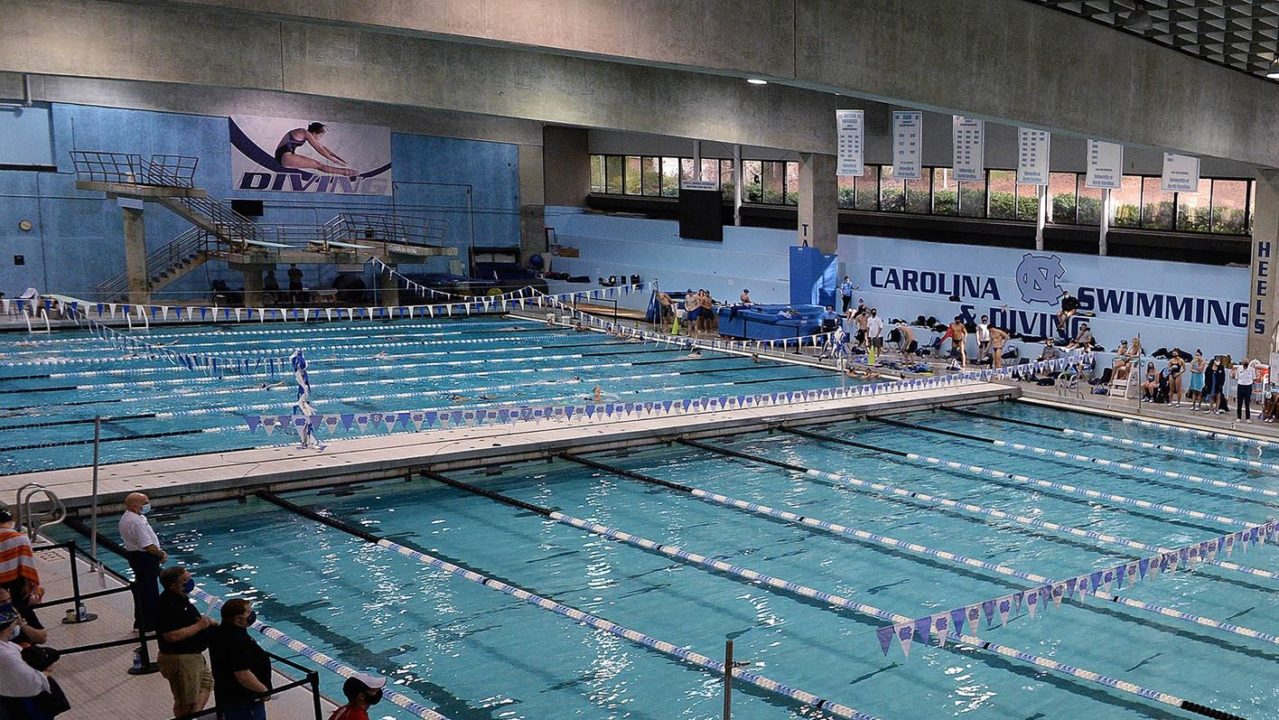 The bid is being led by former University of North Carolina swimmer Hill Carrow, who is a Masters' Swimming award winner. Archive photo via North Carolina Athletics

North Carolina’s so-called “Research Triangle” has been designated as a candidate by the U.S. International University Sport Federation as a candidate to host the 2027 Summer Universiade, known in the United States as the World University Games.

The Universiade brings the world’s top university athletes together every other year, once in a summer edition and once in a winter edition, in a massive multi-sport event. The most recent Summer Universiade in Naples, Italy in 2019 saw 5,971 participants from 220 nations in 18 sports. That was a dramatic decrease from the previous editions, which each saw over 10,000 competitors. The peak of 12,885 for the Gwangju, South Korea edition in 2015 made it the largest sporting event in the world, surpassing the Olympic Games (which had a height in Rio of 11,238 participants).

The American bid is expected to be a favorite as FSIU, the international organization that hosts the event, is eager to grow its footprint in a country where the organization doesn’t have much visibility because of the massive force of the NCAA.

The “Research Triangle” in North Carolina includes the cities of Raleigh, Durham, Chapel Hill, and Cary. Each of those cities is home to a large university, where the existing college athletics facilities will likely become the central point of the bid.

While some of these stadiums, like the Durham Bulls Athletic Park (minor league baseball), will be in use in the summer, the vast majority, connected to collegiate athletics teams, will be empty with very few college athletics events happening that time of year.

The Research Triangle last hosted a large event when the 1987 U.S. Olympic Festival came to town. That event was hosted annually from 1978 through 1995 (exclusive of Olympic years) and was at the time the nation’s largest amateur sporting event. The 1987 version broke attendance records, including 464,423 spectators – the most at a Festival at the time.

Hill Carrow, who was the head of the 1987 organizing committee when he was in his early 30s, will lead the 2027 bid as well. Carrow is a titanic figure in amateur sports in North Carolina and a former swimmer at the University of North Carolina.

In 2014, he received U.S. Masters’ Swimming’s Ransom Arthur Award, which is the organization’s lifetime achievement award.

He now serves as the CEO of the Triangle Sports Commission. There he was able to lure USA Baseball’s headquarters and National Training Complex from Arizona to Cary and Durham, among a lot of other experience in hosting large-scale sporting events.

While there is a lot of flexibility in including different sports for host nations, traditionally swimming, diving, and water polo are the aquatic sports included in the Summer Universiade. The most recent edition in Naples saw the city build a new permanent outdoor 50 meter pool attached to the Scandone Pool Complex for the event. The 2,000-seat main indoor pool received several upgrades prior to hosting.

While there are plenty of aquatics facilities in the region, though only UNC’s Koury Natatorium is on scale with prior events. The facility also has 6 outdoor 50-yard lanes in the Kessing Outdoor Pool and two indoor 50 meter lanes at the Bowman Gray Memorial Pool.

It’s probable that a temporary warmup pool would have to be added to the Koury Natatorium to host the event.

The next two announced hosts of the Summer Universiade are Chengdu, China from August 18-29, 2021 and Yekaterinburg, Russia from August 8-19, 2023. Lake Placed will host the 2023 Winter Games.

The actual skeleton of Koury natatorium is beautiful. (Big windows, nice looking walls, ceiling, etc) but the pool itself and the deck are outdated and they have 0 ventilation system, so the facility could use a pick-me-up. This event would be a great reason to do so, and would probably thus be great for recruiting- something that UNC NEEDS more of, bad.

This would be huge for Duke/UNC/NCST all around. What a great opportunity to shine. I see development directors licking the chops at opportunity to add facilities to their campuses and use this as an excuse… let the fund raising commence.