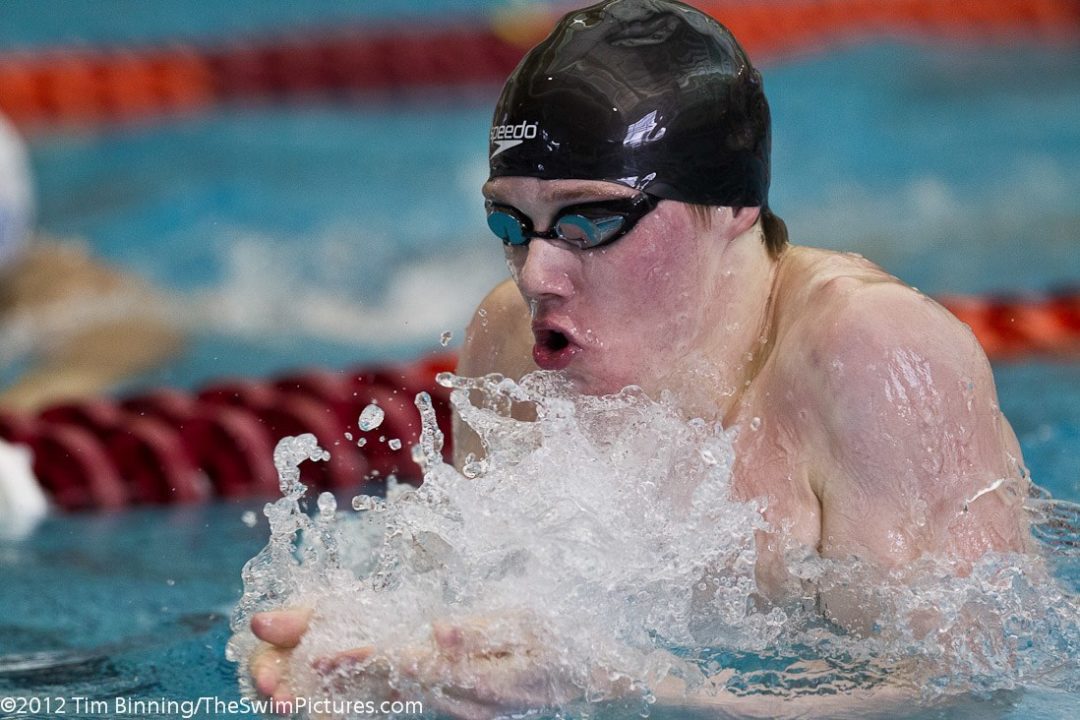 The North Carolina men have picked up two more swimmers who are jumping-ship from the University of Maryland – and they’re two big ones.

Many of the transfers we’ve seen thus far have been out-of-conference, but for North Carolina to start grabbing these swimmers could give them a big boost in their ACC rivalry with Virginia (though many have speculated that Virginia could start picking up a few of these swimmers as well).

The two latest additions, part of a big spring signing class for the Tar Heels, are Brad Dillon and David Speese.

Speese will be a sophomore, and is a native of Pennsylvania where he swam for the Central Bucks. He’s a breaststroker who, like Dillon, is better in the 200 than the 100, with bests of 1:58.04 and 55.57, respectively, last season. In that 200, he tied for fourth at the ACC Championships, which makes this a big pickup points-wise. for the Tar Heels, who didn’t have a single swimmer break two minutes last season. He will also push fellow sophomore Dominick Glavich for a spot on the medley relay.

Between the pair, the Tar Heels probably picked up in the neighborhood of 40 ACC points from last year’s meet.

Other late additions for coach Rich DeSelm on the men’s side include sprinter Sean Sullivan from Curl-Burke, who is a 20.58 in the 50 and 45.23 in the 100; and Kurt Wohlrab, a North Carolina native. Wohlrab will be another good add to the lacking breaststroke group in Chappel Hill, with a best of 55.6 in the 100. He’s also a 49.7 in the 100 fly, which shows his athleticism. They also picked up Chris Gondek, who swims for their club wing.

On the women’s side, there were no transfers (yet), but after a great fall class they’ve added even more immediate-impact freshmen in the spring.

The biggest could be Ally Hardesty, who comes from Knoxville and the Pilot Aquatic Club. She is a decent 100 freestyler with a 50.40, but her biggest value lies in her 200 free, where she swam a 1:48.28 at last year’s Tennessee High School State Championship meet. That should immediately put her on to North Carolina’s 800 free relay that was their best in 2012 with a 14th-place finish at NCAA’s. Every member of that relay actually returns, meaning that they are set up with options and depth for a possible top-10 finish.

Charlotte Ruby is another swimmer coming in who will already be an ACC scorer for the Tar Heels. She’s a 54.94 in the 100 fly and a 1:59.40 in the 200 fly. That strength to have already broken two minutes in the 200 in high school shows her potential. She’s going to be in the middle of a great training group, and though she’ll have to work hard to break-through to be at the top of the Tar Heels’ lineup, working with swimmers like Katie Nolan, Carly Smith (assuming she returns healthy), and Cari Blalock will be great for her.

The women have also picked up a North Carolina Swim Club native, with Kaitlin Furey signing to become a Tar Heel officially. She has bests of 51.82 and 1:50.66 in the 100 and 200 freestyles, respectively.