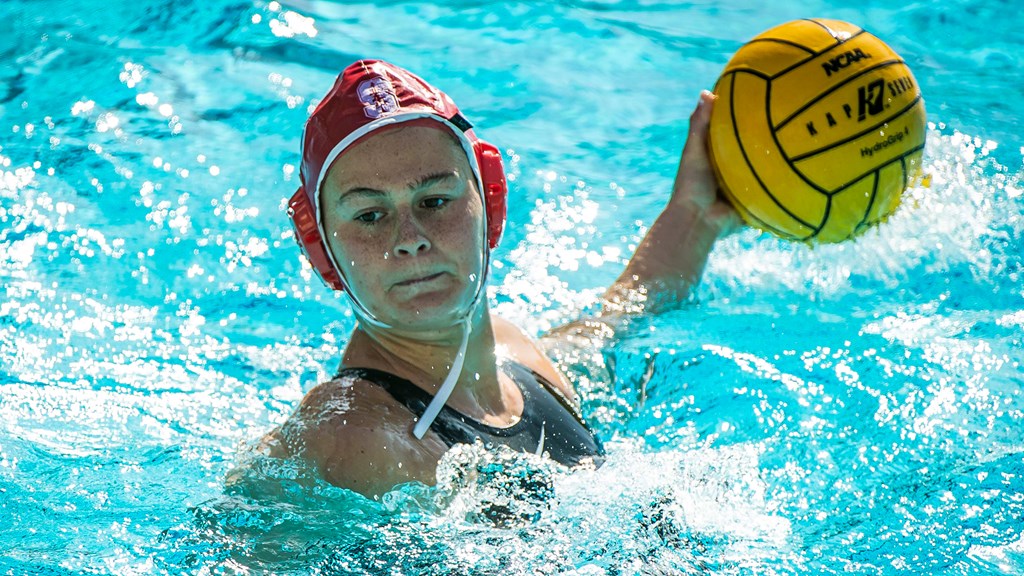 BERKELEY, Calif. – No. 2 Stanford emerged victorious in a tight battle in Berkeley, holding off No. 4 California on Sunday afternoon, 10-9. The win was Stanford’s second in as many days against Cal, as the Cardinal sweeps the Big Splash, winning its eighth straight against the Golden Bears.

The home team took the early lead, as Cal jumped up 2-0 on the Cardinal before goals from Hannah Shabb and Sarah Klass evened things up early in the second period.

From there, the teams traded goals before two straight from Stanford before halftime to take a 6-4 advantage, including a hat trick from Klass.

The Golden Bears tied things up at 6-6, and again at 7-7 in the final second of the third period. With the match on the line, Stanford responded with Jewel Roemer’s first goal of the game, followed by another from Hannah Constandse less than a minute later, making it 9-7.

That two-goal cushion was key for the Cardinal, who held off Cal in the final seconds, forcing a turnover to win it.

Stanford returns home for its final two regular season games of the season next weekend against San Jose State.

BERKELEY – The No. 4 Cal women’s water polo team had eight different players score but couldn’t find the equalizer on the game’s final possession and fell to No. 2 Stanford 10-9 on Saturday at Spieker Aquatics Complex.

All-American center Kitty Lynn Joustra scored twice for the Bears (9-6, 4-6 MPSF) while seven other players also found the back of the cage. Stanford went in front 10-8 with just under three minutes remaining before Cal’s Elli Protopapas cut the deficit to one goal with 2:15 to play. The teams then exchanged steals on each of their final two possessions before time expired.

“It was a fun game to coach,” Cal head coach Coralie Simmons said. “There were some momentum shifts we didn’t have full control over, but we definitely responded in a lot of ways. Everyone on our team continues to solidify their roles and we are getting more and more comfortable performing at the next level.”

Cal goalie Cassidy Ball made 10 saves and also scored a goal with one second left in the third quarter to tie the game at 7-7.

The Bears, who led Stanford late in the third period Saturday before the Cardinal pulled away in the fourth in a 13-8 victory, went toe-to-toe this time until the final horn. For the second straight game, Cal opened up a 2-0 lead in the first quarter, this time on goals by Joustra and freshman Maryn Dempsey. The Cardinal lit up the scoreboard for the first time with three seconds left in the first and then scored on its first possession of the second quarter to tie the score. The teams then traded goals until Stanford scored the final two of the second quarter to lead 6-4 at halftime.

But the Bears answered with back-to-back power play goals midway through the third quarter. The Cardinal briefly went back in front 7-6 before Ball joined her teammates for an offensive possession as the game clock wound down and scored with one second to go to tie the game.

Stanford scored the first two goals of the fourth quarter before Cal’s Cecily Turner corralled a rebound and patiently followed up with a goal to make it 9-8 with 4:34 to play.

“I think we responded well after yesterday,” Simmons said. “We could have made bigger runs and we have to trust in our ability to do that. We need to be comfortable with getting a three or four-goal edge on Stanford, so they are scrambling and we are at least making them work a little harder to beat us. But it was a great response from yesterday.”

Cal will return to its home pool next weekend when it hosts No. 13 Indiana for a pair of games to close out the regular season.