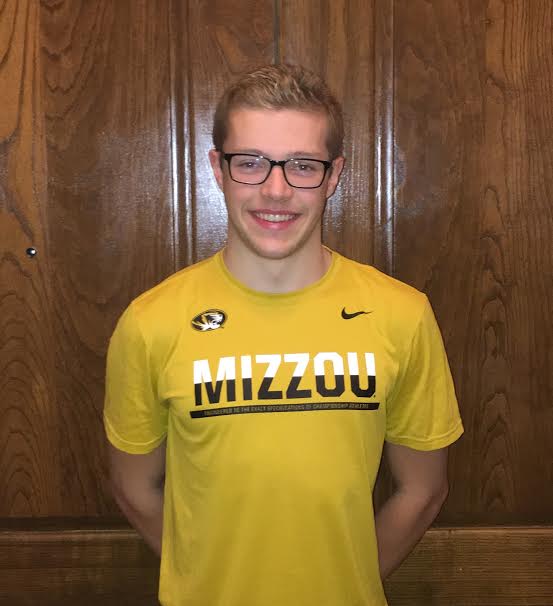 Missouri has added another name to its class of 2021, Ryan Geheb of Austin-based club Nitro Swimming. I chose Missouri because the... Current photo via Ryan Geheb

Missouri has added another name to its class of 2021, Ryan Geheb of Austin-based club Nitro Swimming.

I chose Missouri because the facilities, the team, the campus life, and the school were all an amazing fit for me! I can’t wait to be a Tiger!

Geheb is a Michigan native, but actually moved to Austin after his sophomore year of high school to live with a host family. His reasoning: “… So I could have the incredible opportunity to train with Nitro Swimming.” You might remember his name after he swam through a gruesome head injury in March of 2015 at the Michigan HS Division 1 State Championships.

He’s had marginal improvements across all of his events since the move, but lopped off over four seconds in one season in his 200y breast. Mizzou should be a great fit for Geheb– two of the NCAA’s fastest breaststrokers ever, Sam Tierney and Fabian Schwingenschlogl, have recently graduated or are about to graduate from the program. Even still, Geheb will join a strong breaststroke group made up of 2016 NCAA scorer Jordy Groters and current sophomores Jordan O’Brien and Nick Staver. The Mizzou breaststroke group was also given an A+ in our 2016-17 NCAA rankings.

Geheb is pretty close to SEC scoring range already in both breaststrokes. With a little improvement, he could be an immediate contributor at the conference level for the Tigers.

Ryan- Wishing you the best in your college years. You can accomplish great things. Congrats!