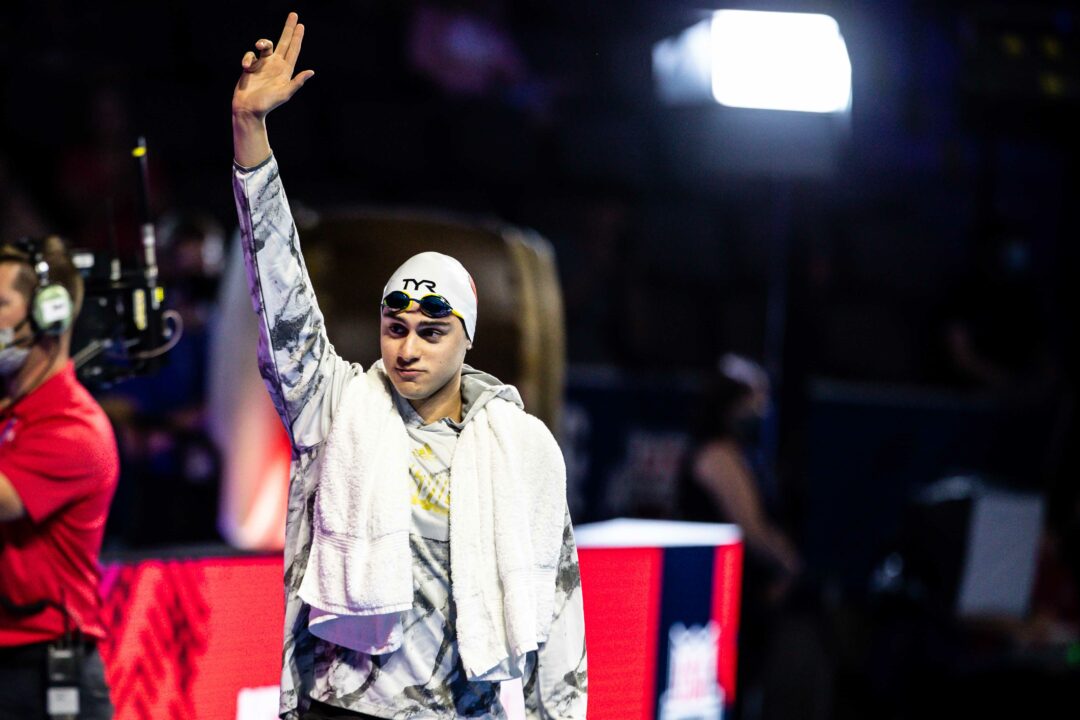 For the second year in a row, Lousiville's Nic Albiero has been named Men's Division I Academic All-American of the Year by CoSIDA. Archive photo via Jack Spitser/Spitser Photography

For the second year in a row, Louisville’s Nic Albiero has been named as the College Sports Information Directors of America (CoSIDA) At-Large All-American Of The Year, the organization announced Tuesday.

Albiero was also named the ACC Men’s Swimmer of the Year this season. At ACCs, he won the 200 butterfly for an ACC record fifth consecutive time. At NCAA Championships, he finished third in the 200 fly, and sixth in both the 100 fly and 100 back. He also swam on four relays: the 200 and 400 medley, and the 400 and 800 freestyle relays to bring his All-American honors total this year up to seven. Over the course of his five year career, he earned 28 All-American honors.

This year, Albiero used the extra year of eligibility granted to him because of the pandemic. While swimming, he pursued a one year MBA program, for which he holds a a 3.77 GPA.

The selections for the women’s team will be released June 15th.

Is there a reason he got picked over the 4.0s?

No explanation was provided, but this is a combo athletics/academics award, so athletic achievement is factored in.

I think the only portion of academics that is factored in is GPA, right? Derek Maas has an MCAT score in the 100th percentile (couple points off perfect score) and was a pretty big NCAA swimmer/2x SEC champ this past year.

I don’t know if those types of things get factored in, but I wonder if that would have changed anything