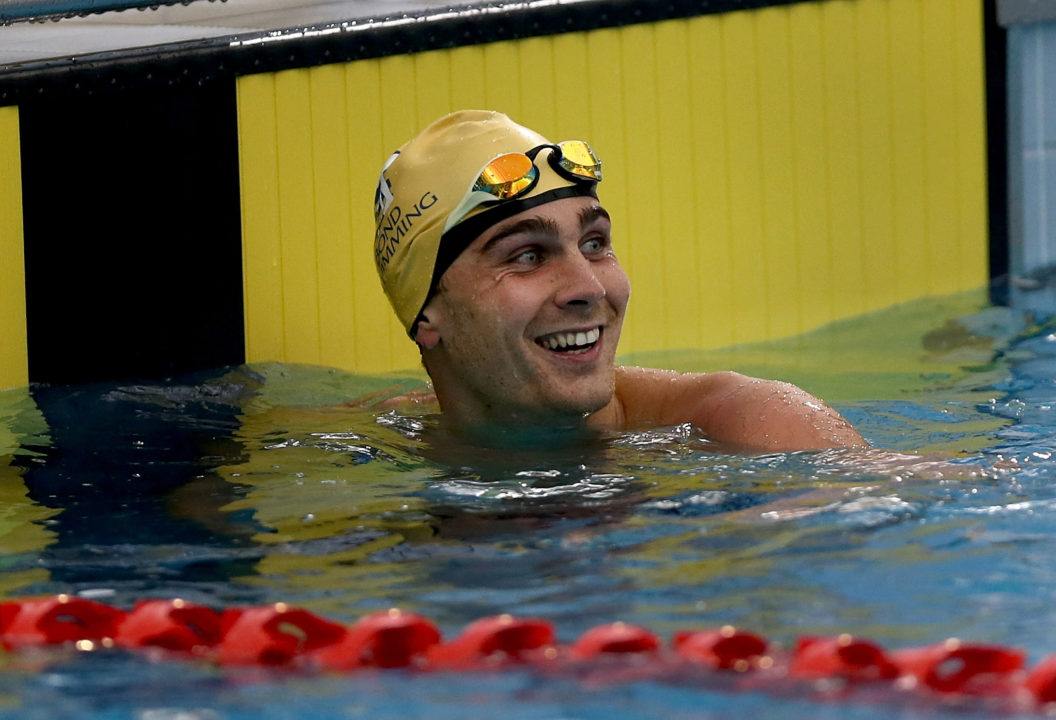 In response to a drastic funding cut to Swimming New Zealand after the Rio Olympics, the national swimming model has gradually shifted from a centralized hub where all elite swimmers would train to a more spread-out approach. Archive photo via David Rowland/www.bwmedia.co.nz

In response to a drastic funding cut to Swimming New Zealand after the Rio Olympics, the national swimming model has gradually shifted from a centralized hub where all elite swimmers would train to a more spread-out approach. More than a year after this decentralized roll-out, SNZ Chief Executive Steve Johns is seeing the effects.

“To continue with the centralized model and expect to get different results is the definition of insanity,” Johns stated to The New Zealand Herald this week. “There were a number of reasons it wasn’t working.”

SNZ had incurred some tumultuous changes since Rio. Its CEO, Christian Renford, announced prior to the 2016 Games that he would be stepping down from his position after the completion of that year’s Olympics.

Shortly after the Olympics, SNZ was hit with the aforementioned funding reduction to the tune of approximately $500,000 USD in 2017.

Also in late 2017, Head Coach Jerry Olszewski announced his resignation after just 1 year in the role.

To roll with these punches, SNZ has adopted a structure where its elite athletes are no longer all based out of the North Shore’s National Aquatic Centre. Instead, the organization has allowed its top-tier athletes to train everywhere from Florida (Corey Main) and the University of Georgia (Gabrielle Fa’amausili), to Queensland, Australia (Matt Stanley, Zac Reid, Mya Rasmussen) to Auckland (Bradlee Ashby and Daniel Hunter).

According to what Johns told The New Zealand Herald, “The swimmers not based in Auckland will also get some support. Under the old model if they were based in the US or train in Queensland basically they had no support from Swimming NZ.

“We have freed up some funding and by October-November will have fully implemented the new programme.”

SNZ’s Targeted Athlete and Approach Manager Gary Francis echoed the more spread-out training approach’s goal, saying, “We’re looking at what is going to work best for individuals, where the best programme is for them, who is the best coach for them and what is the best environment.”

Most recently, New Zealand saw young Lewis Clareburt snag a podium spot at the 2018 Commonwealth Games, taking bronze in the men’s 400m IM. At the Junior Pan Pacific Championships that just concluded in Fiji, Michael Picket claimed a bronze of his own in the men’s 50m freestyle.

. . .Sounds like SNZ really wants to get serious!
everyone else can train in the USA – why not Kiwis!?

It’s great to see New Zealand swimming being proactive.I have spoken with Gary Francis and he genuinely wants what’s best for the kids. We have worked with a number of New Zealand swimmers with college recruiting. The college coaches love Kiwi work ethic and how serious the kids are about academics and swimming. There are many college coaches who will embrace the international goals these kids have of representing New Zealand on the international stage. The key is finding the right fit.