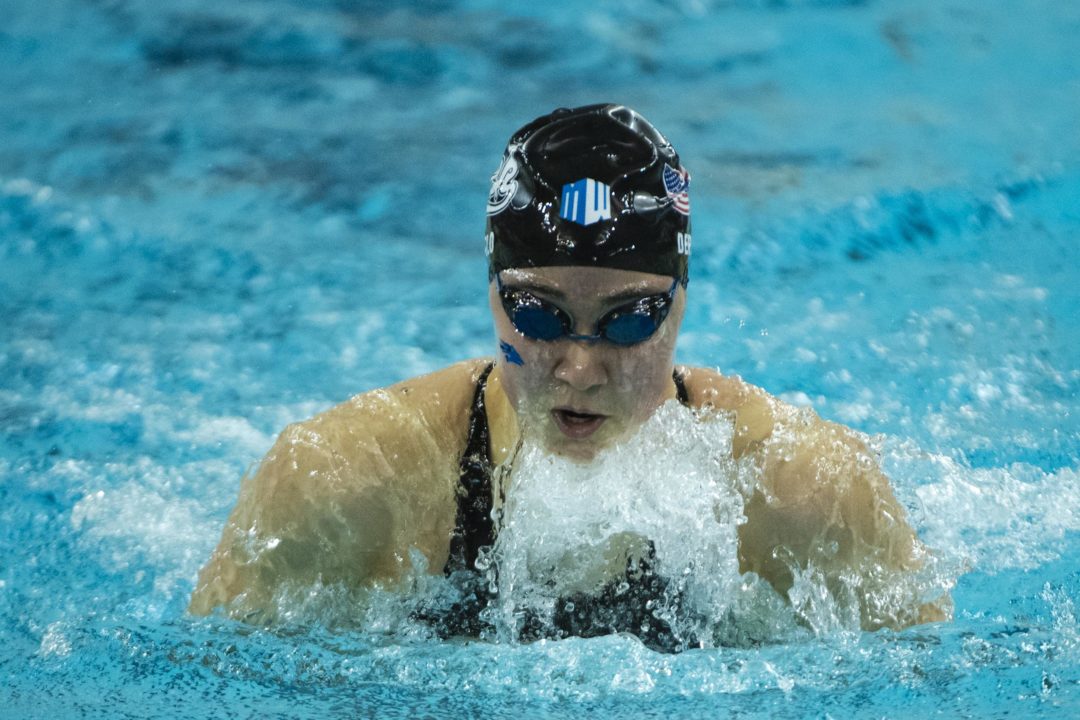 On Friday, Nevada traveled to California to take on Fresno State. The Pack defeated the Bulldogs 180-120. Nevada is now 4-0 in dual meets. Stock photo via Nevada Athletics

Fresno, Calif. – The Nevada swim and dive team continues its momentum and secured a win against the Fresno State Bulldogs on Friday evening. The Pack finished the dual with a final score of 180-120 over the Bulldogs. Nevada moves to 4-0 in dual meets this season.

“There was a huge team improvement since the last dual meet,” said head coach Brendon Bray. “I’m very excited for the divers to keep the momentum going to Arkansas next week and our swimmers in two weeks at Texas A&M.”

The Pack started the meet going second and third in the 200 medley relay. The team composed by Josien Wijkhuijs, Donna dePolo, Julia Adamczyk, and Colette Berkenfield finished second with a time of 1:45.81.

The Nevada divers continue to be key members for the Pack with Laura Isabel Vazquez Lopez finishing at the top in the 1-meter springboard with a score of 284.18. Vazquez Lopez was followed by freshman Lucia Gabino (279.15) in third place, senior Linnea Sorensen (278.10) in fourth, and junior Jessie Nowotny (271.05) in fifth.

Following this weekend, the Nevada swim team hits the road to College Station, Texas, for the Texas A&M invite on Nov. 17-19. The Nevada dive team will travel to Fayetteville, Ark., to compete against Arkansas on Nov. 13.

The Bulldogs got the meet started with back-to-back event wins in the 200 Medley Relay and 1000 Free.

The relay team of Clayson, Korrie Tengan, Sara Lucchini and Samarah Melia clocked a winning time of 1:45.73 narrowly edging the Wolf Pack by 0.08. Senior Darina Khisiamova followed with a win in the 1000 Free coming in first by more than four seconds over Nevada’s Resse Lamph. The Russian native also finished second in the 500 Free (5:03.56) and 400 IM (4:31.17).

On the diving board, senior Yuliya Tykha was the top Bulldog finishing second in the 1-Meter with a score of 282.15.