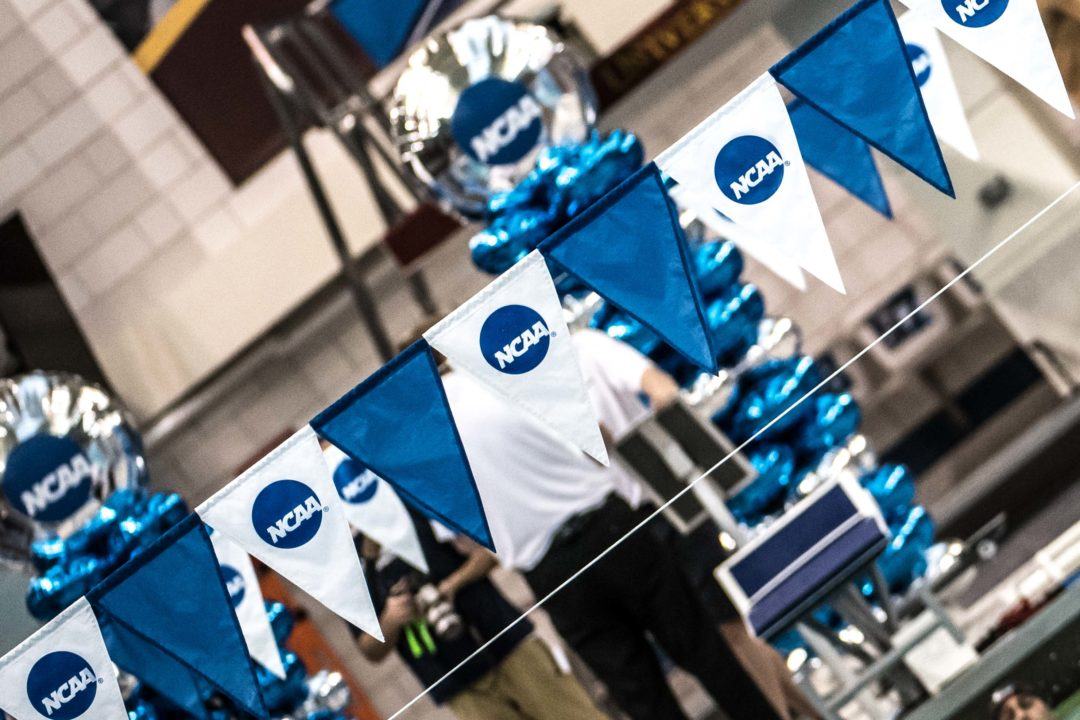 The NCAA has released its official Division II time standards for the 2018-2019 season, with nearly half of the cuts either staying the same or getting slower compared to the 2017-2018 cuts. Stock photo via Mike Lewis/Ola Vista Photography

Westmont dove into the 2022-23 season by competing in the Pacific Collegiate Swim Conference Relay and Pentathlons Meet last Friday and Saturday.

The NCAA has released its official Division II time standards for the 2018-2019 season, with nearly half of the cuts either staying the same or getting slower compared to the 2017-2018 cuts.

It won’t be much of a step back, as both of those cuts got just .01 slower. Most of the cuts that got faster also did so by hundredths, though the biggest changes seemed to come in women’s distance freestyle. The events that didn’t change qualifying times were the women’s sprints (50 free, 100 free), women’s 200s of fly, back and breast, women’s 400 IM, men’s backstrokes (100 back A cut, 200 back both cuts), men’s 100 breast and men’s butterflys.

The cut times again don’t include automatic qualifying standards for relays, a change put into effect last year. Of the remaining provisional cuts, one (the men’s 400 free relay) remained unchanged from last year, while the rest got faster.

Can someone explain how some cuts go unchanged for years while the distance races that have the least amount of “B” qualifiers keeps getting harder?