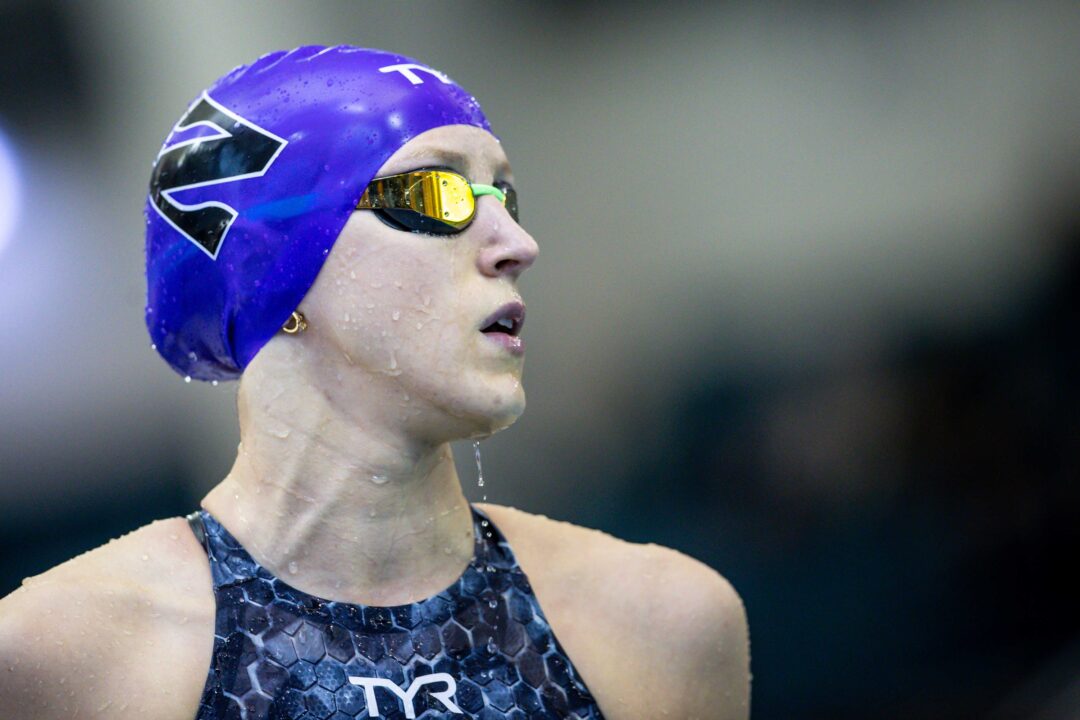 Vovk, who swam her first four seasons at Northwestern which culminated in an NCAAs berth her senior year, will be using her fifth year at Miami. Archive photo via Jack Spitser/Spitser Photography

Earlier today, NCAA swimmer Tara Vovk announced via Instagram that she would be using her fifth year of eligibility at the University of Miami. She swam her first four seasons at Northwestern, which included a breakout senior season in which she dropped 1.35 seconds in the 100 breast and qualified for NCAAs for the first time.

Next stop: the U 🙌🏼 Excited to announce I will be moving to the 305 in the fall for my final year of eligibility at the University of Miami! Go Canes! 🧡💚

Vovk’s announcement comes after she placed eighth in the 100 breast finals at NCAAs this year, a very impressive finish considering it happened in her first-ever NCAAs after four seasons of competing. Her breaststroke has seen massive improvements in her time at Northwestern, especially in her senior season.

She dipped under a minute for the first time her freshman season when she swam a 59.34 at Big Tens, and did not go under a minute again until she went 59.99 and 59.66 in the prelims and finals respectively at the Purdue Invitational in Fall 2021. Just a few months later at Big Tens, she swam to new best times of 58.80 and 58.52, and finished second overall in the 100 breast. Then, at NCAAs, she lowered her best time even more to a 58.01 in prelims, before swimming a 58.31 in finals.

Northwestern, in its second year under head coach Katie Robinson, finished 18th at Women’s NCAAs with 73 points. The Wildcats impressed with their breaststroke strength, as in addition to Vovk, they also have Sophie Angus, who finished seventh in the 100 breast at NCAAs and recently won a Canadian national title in the same event.

Vovk will be a huge addition to Miami, which scored only diving points at Women’s NCAAs and qualified zero swimmers for the meet. Their fastest 100 breaststroker this year was Emma Sundstrand (1:00.77) and their fastest 200 breastroker was Giulia Carvalho (2:14.83), which means Vovk’s times would instantly propel her to become the top breaststroker on the team.

Something’s up at northwestern…

No, they are just fine

oh, might have missed it then, was wondering were she was but too lazy to scan heat results, thanks for correction…. altho her name is missing from article.

I’d imagine starting grad school. She’d be going backwards on her degree as most schools only accept 2 years of credits from another institution.