NC State Takes Down American Record in the 200 Free Relay 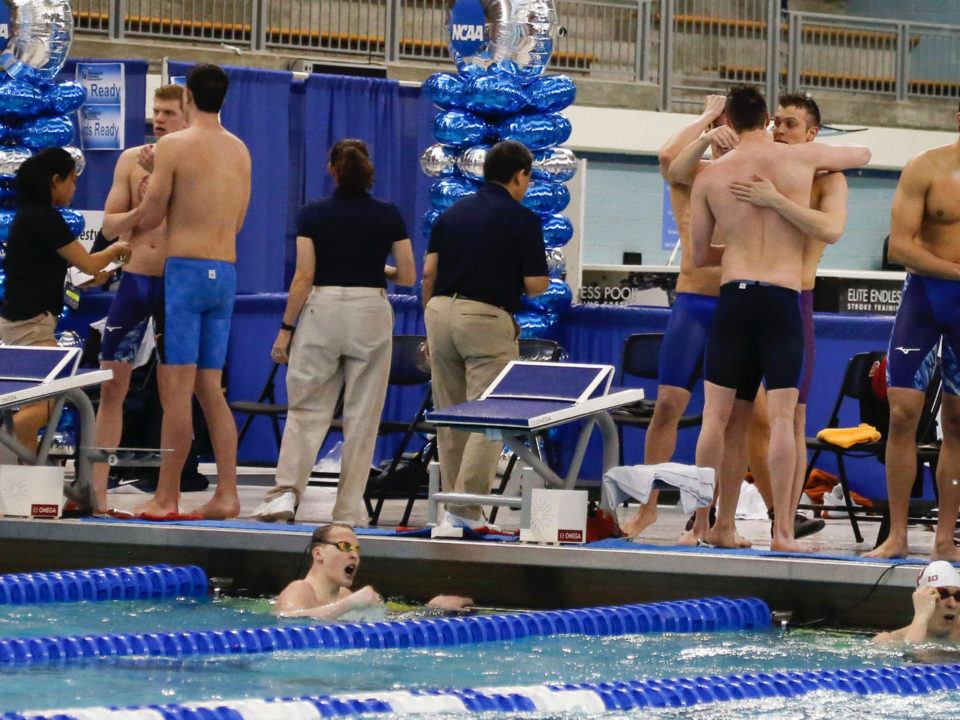 NC State wasn't able to get their 2nd relay victory of the meet, but they did set a new American Record in their 2nd place finish in the 200 free relay. Current photo via Tim Binning/TheSwimPictures.com

The NC State Wolfpack took down the oldest men’s short course yards American Record on the books tonight, registering a 1:14.50 as they took 2nd place in tonight’s A-final at the 2018 NCAA Swimming & Diving Championships.  That eclipses the previous mark of 1:15.26 which the Stanford men set way back in 2011.  Ryan Held led off in a 18.56 for the Wolfpack, putting them 2nd to Caeleb Dressel.  Justin Ress, Jacob Molacek, and Coleman Stewart all split under 19 to bring it home for the Wolfpack.

Tonight’s time by NC State was almost a whole second faster than the same four swimmers went at ACCs last month, when they swam a 1:15.43 to rattle the American Record.

While they didn’t win tonight, losing to Florida and Caeleb Dressel’s 17.81 leadoff by just over a tenth of a second, that’s still an incredibly fast time for NC State, and makes you wonder what they’ll be able to do in the 400 free relay on Saturday.  They broke the American Record in that event at ACCs with the 2nd-fastest time ever.  If their one second improvement in this event leads to the equivalent two second improvement in the 400 free relay, they would bust right past the 2:44 to mark to a 2:43-low.

No joke NC State could win this meet Florida maybe too

Don’t forget about Indiana, they have the diving on their side.