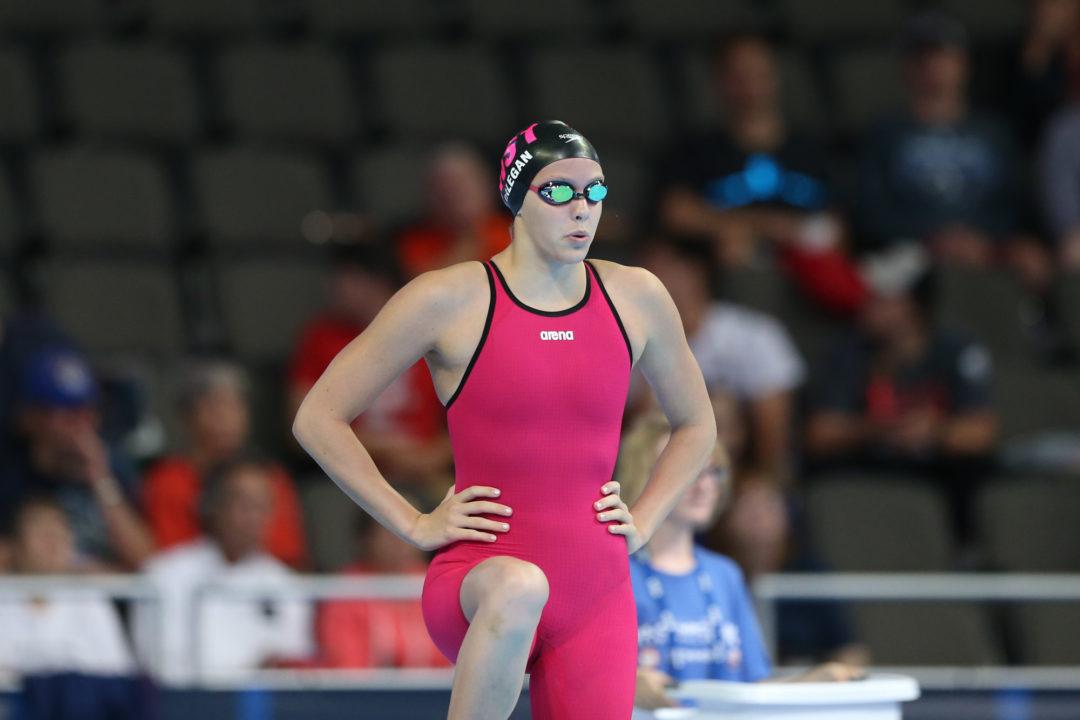 Olivia Calegan, a senior at Lincoln Southwest High School who swims for Greater Nebraska Swim Team, has made a verbal commitment to the North Carolina State University Wolfpack for 2017-18. Archive photo via Tim Binning/TheSwimPictures.com

Olivia Calegan, a senior at Lincoln Southwest High School who swims for Greater Nebraska Swim Team, has made a verbal commitment to the North Carolina State University Wolfpack for 2017-18.

She had quite a progression in long course season, most notably in the 200 breast where she improved from last year by 7 seconds, in the 200 IM where she dropped 4.2, and in the 100 fly where she dropped 1.5. If she can translate that success into short course yards, Calegan will be a serious weapon in the Wolfpack’s arsenal.

Calegan will be joined by fellow commits Julia Poole and Kate Moore in the NC State class of 2020.

Congrats to Olivia – can’t think of a better place than with Desorbo. He’s a sprint wizard – it’s exciting to see what those guys are building in Raleigh – GO WOLFPACK!!

Congrats! What a great choice. Can’t wait to watch her develop with the PACK!

Congrats Olivia! So happy to see great talent from Nebraska finally go to a talented swimming school. You’ll do great times there I’m sure of it!