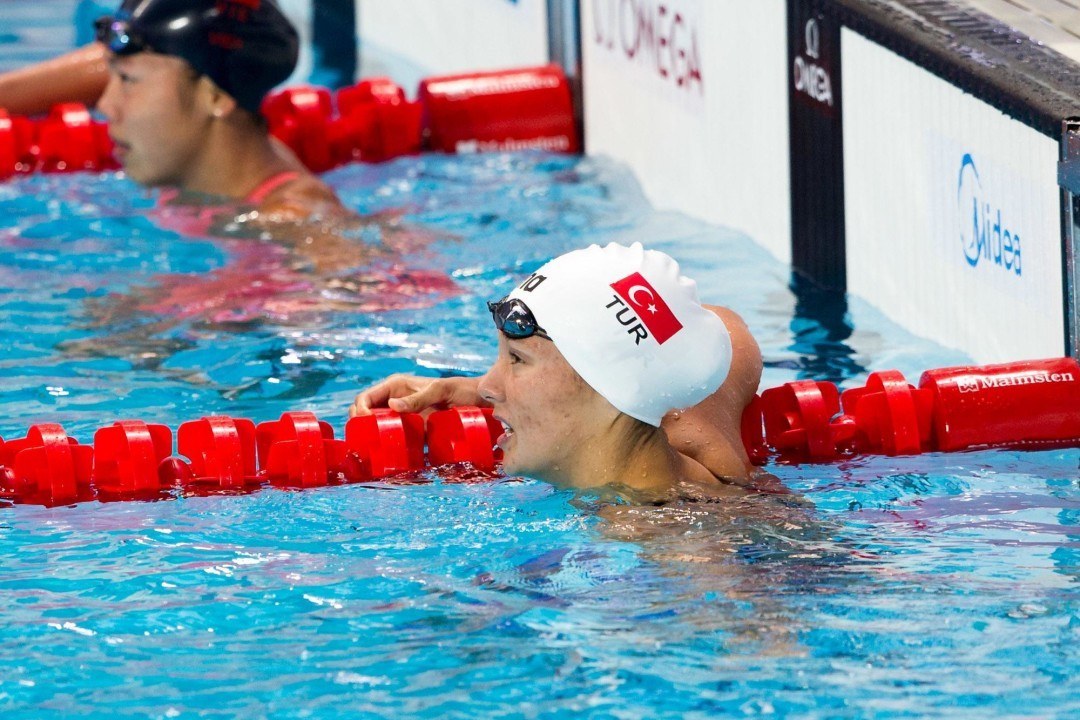 The 800 freestyle was won by 17 year-old Buse Topçu, who broke the National Record in the event. Archive photo via Tim Binning/TheSwimPictures.com

Day 1 and 2 of the Turkish Championships saw some dominating swims, but the most impressive came from 17-year old Buse Topçu. Buser broke the Turkish National Record in the 800 freestyle (8:50.15), coming in over 13 seconds ahead of the rest of the field.

The previous record of 8:53.42 belonged to Merve Eroglu, who swam the time in Istanbul in 2009. Buser’s new record is over 3 seconds faster than the previous set by Eroglu. In the event, Eroglu swam the 2nd fastest time, touching the wall in a 9:03.53.

The country’s biggest star, breaststroker Viktoria Zeynep Gunes also had a dominating performance in the 400 medley, finishing over 13 seconds ahead of the competition with a time of 4:48.35. Defne Kurt placed second in the event in a time of 5:01.41.

Zulal Zeren, who trains at Ohio State, came close to reclaiming her Turkish National Record in the 200 back, but fell short of Avramova’s record of 2:11.21, swimming a time of 2:11.85. Ekaterina Ivanova Avramova came in 2nd at 2:14.34, over 3 seconds slower than the National Record she set in London At the European Championships earlier this month.

If anyone would like to learn more about training at an Olympic Training Facility and earning an American Education while you are at it please contact [email protected] or check out our website at: http://www.spireinstitute.org/academy/swimming

Turkish swimming improves a lot for a few years.

Always good to see records being broken, especially when they are likely untapered