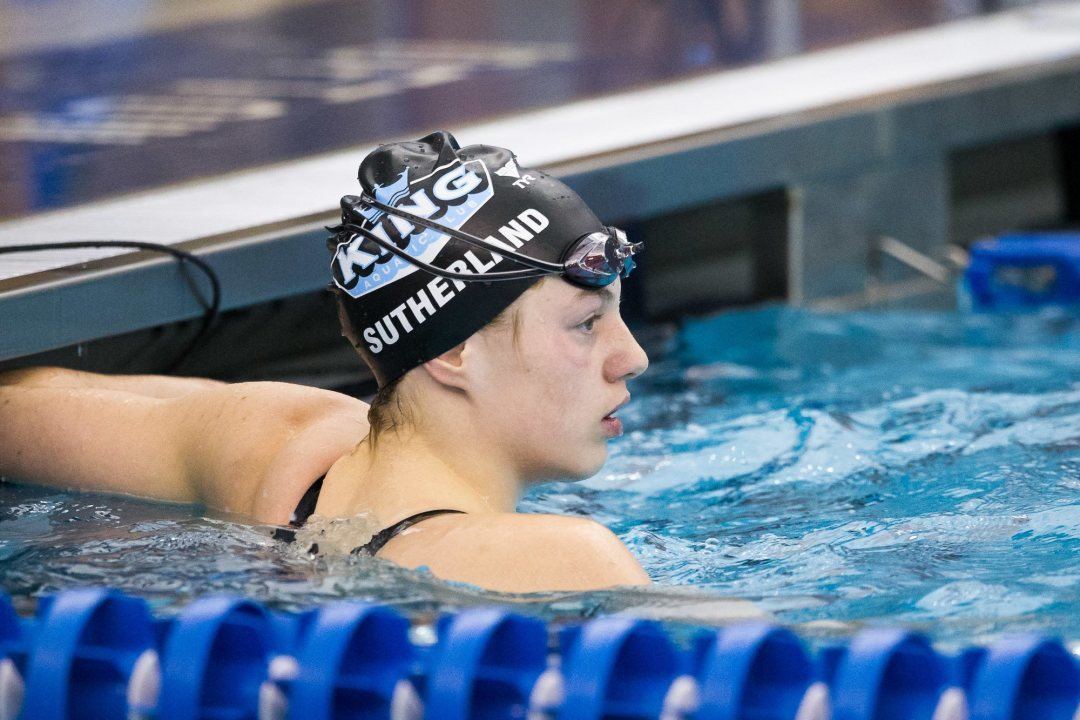 Ashley Sutherland of the King Aquatic Club has verbally committed to the Arizona Wildcats. That means that with almost two months left before the early signing period opens, the Arizona women’s class of 2019 has now grown to 8 already.

Sutherland is a very good 50-200 freestyler. While at an elite-recruit level, she doesn’t step too far outside of that comfort zone, she’s exactly what Arizona needs: a rock-solid sprinter with some height and some long-term potential.

As a junior, her times indicate that she more-or-less pushed right through the short course season and into long course, where she went best times in both the 50 meter (26.36) and 100 meter (56.69) freestyles.

Sutherland was also a part of multiple KING National Age Group Record-breaking medley relays. She took over the butterfly spot of their impressive quartets this summer, from Morgan Ginnis, and they kept on breaking records.

While the Wildcats’ biggest target in the class of 2015, sprinter Amy Bilquist, is still a few weeks from making her decision, they continue to march along and fill up their roster with high-quality recruits. That includes not only meeting every need the team has, but really hitting every stroke specialty, period.

Congrats to Ashley! She will be a great fit for the wildcats!