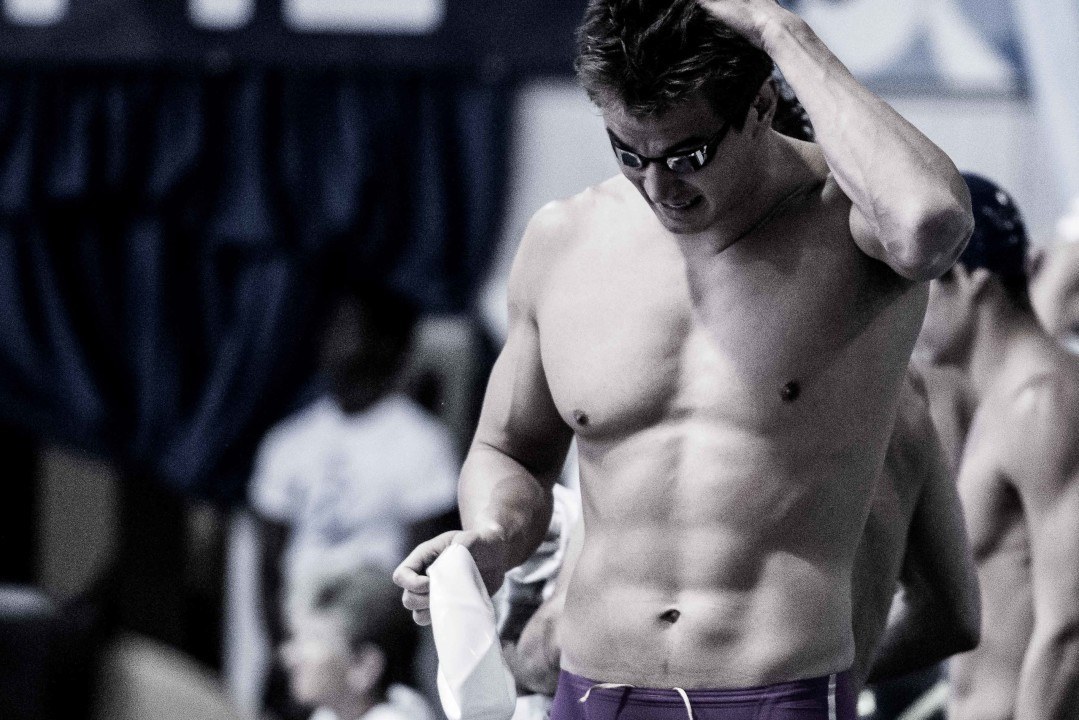 The 2016 Canadian Olympic and Paralympic Trials will be held in Toronto, Canada at the still shimmeringly-new Toronto Pan Am Sports Complex that was built for the 2015 Pan American Games.

Besides selecting athletes to compete at the Olympic and Paralympic Games, the meet has become somewhat of an international gathering point for North American swimmers. In many cases, these are swimmers who are from other countries that train in the United States and come from countries without proper Trials, or with some flexibility in qualifying meets. This is the case with, for example, New Zealand, who has officially declared the Canadian Olympic Trials as its second Olympic qualifying meet after their own Nationals, which are happening this week.

For those athletes who compete in the NCAA, this meet can be a good long course test shortly after the taper for that event as well.

Foreign swimmers cannot swim in the A final or be seeded in the top 10 of a “Timed Final” to ensure the meet’s integrity as an Olympic qualifying event, and a maximum of 4 foreigners can compete in a B final.

We will run a full set of previews on the meet focusing on the Olympic Trials portion over the next few days, but for this article, the focus will be on those international athletes who are travelling to compete in Canada.

Swimming Canada is a complete joke for letting ANY foreign into this meet. The USA does not allow anyone else into their trials. This meet should be full of only Canadian A and B finals. Having these people here in a meet where they do not belong is something that swimming Canada should rethink. I am all for fast swimming but if it isnt your own countries trials then dont come.

Honestly, I think that this is more helpful than unhelpful to canadians. You get faster people swimming in the morning, which can help to get faster times, and they don’t swim in the a final. I don’t understand the problem. In the us this makes sense because the meet is already huge as it is and the depth of talent is tremendous.

Nothing like getting pushed out of B final because a bunch of foreign swimmers came. Cool. Potential once in a lifetime experience gone.

But I suppose if you can’t medal at the Olympics you might as well just quit. Seems to Swim Canada stance these days.

Gotta love the positivity by some people! Its Great to have some of the worlds best competing against the best in Canada…also remember 10 lanes finals…20 athletes compete at night…thats still 16 Canadians (due to max of 4 ‘foreigners’ in B Final). Didn’t realise if you got a top 16 finish from the morning heats at domestic trials you were on track for a Medal in Rio…if thats the case things are looking good Canada!

I am glad Adrian thought your meet was not good enough! You don’t deserve him!

This is nonsense. We have been sending our swimmers to compete at whatever championship would take us in Australia and the US for years. This meet format will do exactly what it is meant to do, produce the fastest racing in Canada and the fastest Olympic team we have to offer.

I also think there is almost no chance that some junior will get screwed out of a chance at Jr Pan Pacs. At the end of all this look at how many kids finished as the 17th-20th Canadian that would have legitimately had a chance at making the team with a 2nd swim.

I have a really serious question that’s been on my mind recently. How many times a year on average, do you think a professional swimmer tapers for a meet? My guess is 3, summer being the biggest one and winter and spring? I will narrow my question to US swimmers.

I’m not a pro swimmer, but I imagine you taper when the money is right.
If you are good at SCM, try to extend a taper for the entire World Cup series. If there is a Grand Prix in your backdoor, do a small taper for that. If your best bet for making money is winning a world medal and getting endorsements from that, put all your chips on the big summer championships. If you have an existing source of funding (i.e. family, endorsements, swim clinics), then only taper for the glory meets.

That’s actually a really interesting perspective. Can’t believe I didn’t think about the money. Thx for the input. But what if you take out those mini-tapers and only think about the glory meets for which you taper extensively. How many glory meets a year would a pro swimmer attend on average? (pan pacs? maybe pick one pro series? winter nationals? world cup?)

I know several pro swimmers (ranked in world top 12 in their events). They truly only taper for the qualifying meet for the year’s major international summer competition (Worlds, Pan Pacs, Olympics). If they make it to the international meet – they extend the taper. All significant endorsement money is tied to performance at the big ones (grand prix event money is quite small in comparison)

Unlike the first comment, I think it’s a fabulous opportunity to have some of the best swimmers in the world come out to attend Canada’s Olympic Trials. It will boost the competition. Plus, foreigners won’t be eligible to compete in A finals, so what’s the big worry anyway? We need more of this rivalry in our country to ultimately give our athletes a healthy dose of what they need to expect to really compete for medals at the world stage.