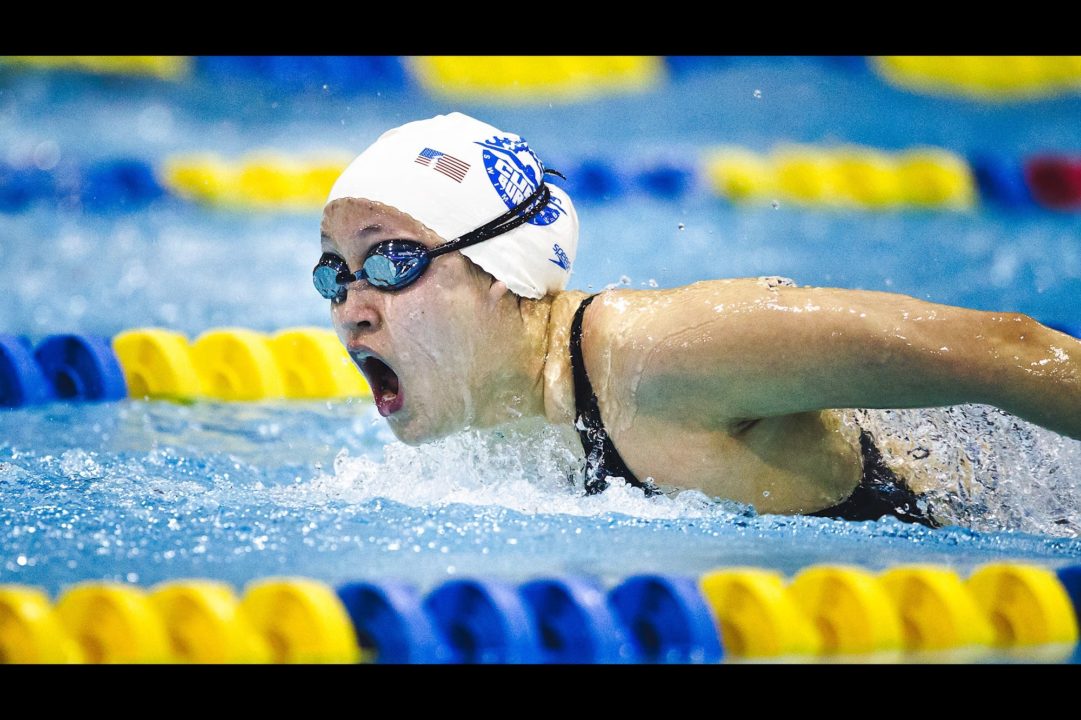 Finals of the Virginia 6A North Region Championships brought out some blistering high school times as athletes competed for spots at the upcoming state championships, which will select invitees based on top times.

Janet Hu led Oakton to a girls team title, winning two events and swimming on a winning relay. On the boys side, Robinson Secondary claimed the team title thanks to four total wins each from James Murphy and James Jones.

Since Virginia’s high school realignment, this is the first season of the 6A North Region, meaning every event winner tonight becomes the new region record-holder by default. Even so, some of these times look like they’ll be tough to knock down in future seasons.

Oakton’s Janet Hu was the only double-winner on the girls’ side. The senior Stanford commit went 22.13 to blow away the field in the 50 free, although she still didn’t set the national high school record – that stands at 21.99, a time Hu has bettered, but not in high school competition.

Hu also won the 100 back in a blazing 52.35, which is only eight tenths or so off the national high school record in that race. On top of that, the senior also swam the anchor leg of Oakton’s winning 400 free relay, splitting 48.59 on a relay that went 3:26.79 to blow away the field. Joining Hu on the team were Laura Branton, Kendall Lawhorn and Megan Byrnes.

The only event Hu was beaten in was the 200 medley relay. In that opening event, Chantilly went 1:46.02 to nip Oakton by .14 for the region title. That was thanks to breaststroker Jacquee Clabeaux, whose 29.63 split pretty well erased the big lead Hu built for Oakton on backstroke. Chantilly anchor Logan Coulson-Moore went 23.57 to close things down for the win. The other members of the relay were Lauren Hensley and Lea Gwennap.

The distance races featured great showdowns between Langley freshman Isabella Rongione and Oakton sophomore Megan Byrnes. In the 200, Rongione got the upper hand, winning in 1:48.36 to Byrnes’ 1:49.57. But in the 500, things reversed, with Byrnes taking home the region title in 4:44.92, easily outmatching Rongione’s 4:48.40. West Springfield’s Robyn Dryer took third, the only other swimmer under 5 minutes.

Oakton also got a win in the 200 free relay, an event Hu didn’t swim. The team of Elise Bourdelais, Julia Capobianco, Megan Byrnes and Laura Branton went 1:36.23, getting a 23.2 from Branton and a 23.7 from Byrnes to power away in the back half.

Branton, a junior, won an individual race herself, taking the 100 fly for Oakton in 54.71.

Hu swam the 100 fly last week at the conference meet, and may very well again at the state championship meet in two weeks.

Janet Hu is a beast in yards. She will be a star in college.
I thought she would swim the 100 fly in this high school season.
She wanted to break the 50 free and the 100 fly high school records.
We’ll see at her championships.