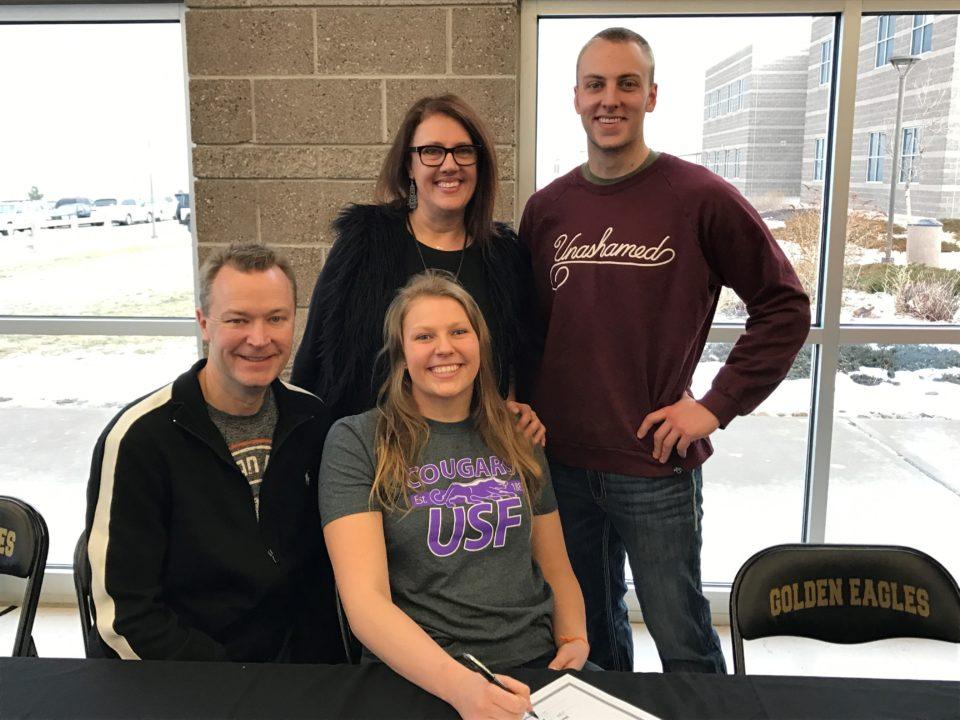 Sydnie Saddoris, a senior at Mountain Vista High School in Highlands Ranch, Colorado, has signed a National Letter of Intent to swim for University of Sioux Falls in its second season. Current photo via Rob Nasser

Sydnie Saddoris, a senior at Mountain Vista High School in Highlands Ranch, Colorado, has signed a National Letter of Intent to swim at University of Sioux Falls beginning next fall. Saddoris, who is not currently attached to a club team, swims for Mountain Vista Swimming and Diving team under head coach Rob Nasser. She is a 6’2” sprinter and her top times include:

The University of Sioux Falls (USF) just completed its inaugural 2016-17 season. It was one of three Northern Sun Intercollegiate Conference (NSIC) schools to add women’s swimming for the 2016-17 year. (The University of Mary and Augustana College were the other two). This was hugely significant because NCAA Division II rules require that, to be recognized as a conference sport, six teams must be competing. The NSIC, therefore, began officially sponsoring women’s swimming and diving with the 2016-2017 season.

To top off its inaugural season, the NSIC had an NCAA national champion when Northern State’s Hannah Kastigar won the 400 IM at NCAA Division II Nationals.